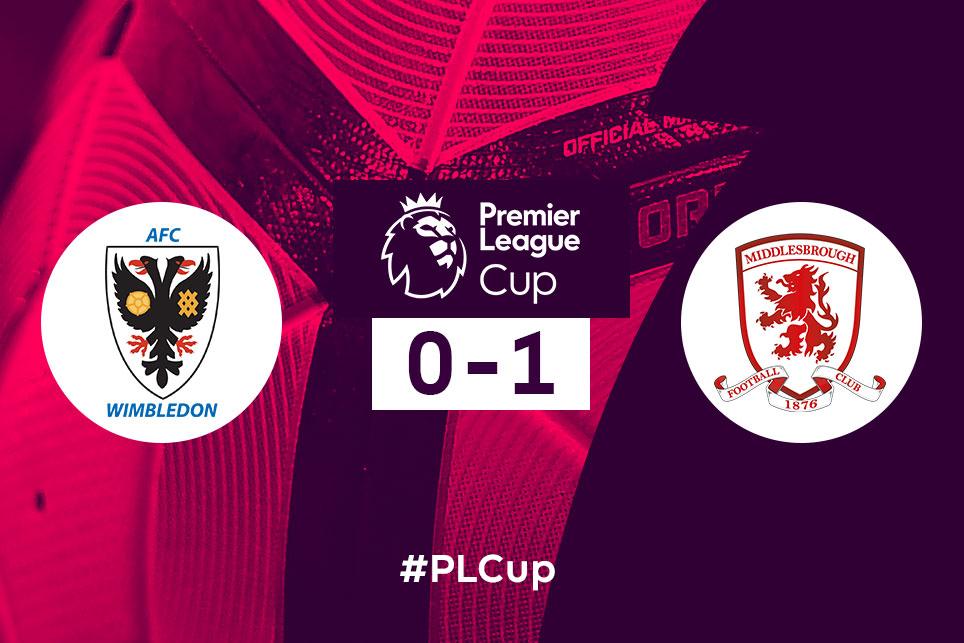 Middlesbrough boosted their hopes of a place in the Premier League Cup round of 16 with a 1-0 victory over AFC Wimbledon at Moatside.

Junior Mondal scored the only goal with a great strike after just 19 seconds, leaving Boro top of Group F with six points from their three matches.

REPORT | #Boro were in action against @AFCWimbledon this afternoon. Here's how we got on - https://t.co/tf1lPKGTRz pic.twitter.com/8jCGqWkhuX

AFC Wimbledon are on one point from two fixtures. Each team will play every opposing side home and away in the group.