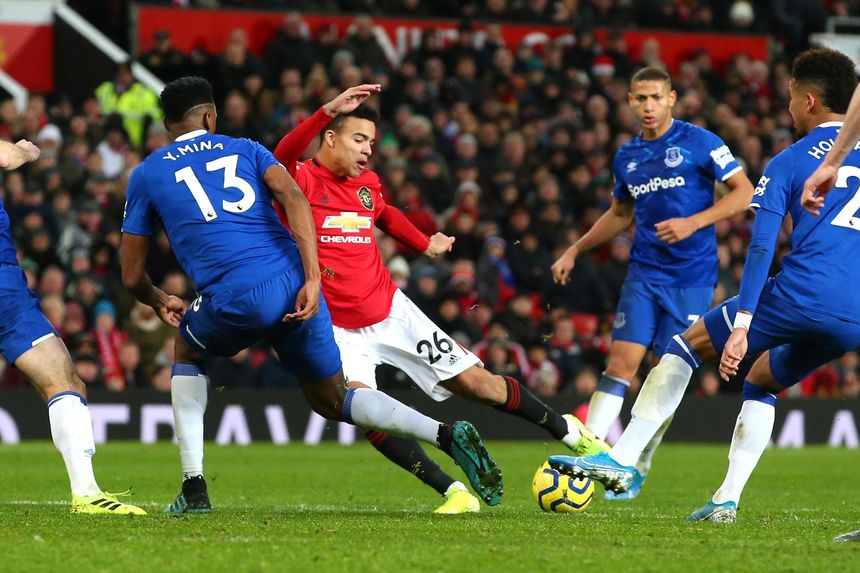 Report: Everton take point from compelling Old Trafford battle External Link
Wright: It's only going to get better for Everton

Marcus Rashford's swerving free-kick was saved by Jordan Pickford before Everton took the lead on 36 minutes.

David De Gea could not deal with a corner from Leighton Baines, which hit Victor Lindelof before rolling into an empty net.

Luke Shaw and Daniel James were denied by Pickford before Greenwood equalised with 13 minutes remaining.

James cut in from the left and laid the ball off for Greenwood to drill a low shot into the bottom-right corner from 18 yards out.