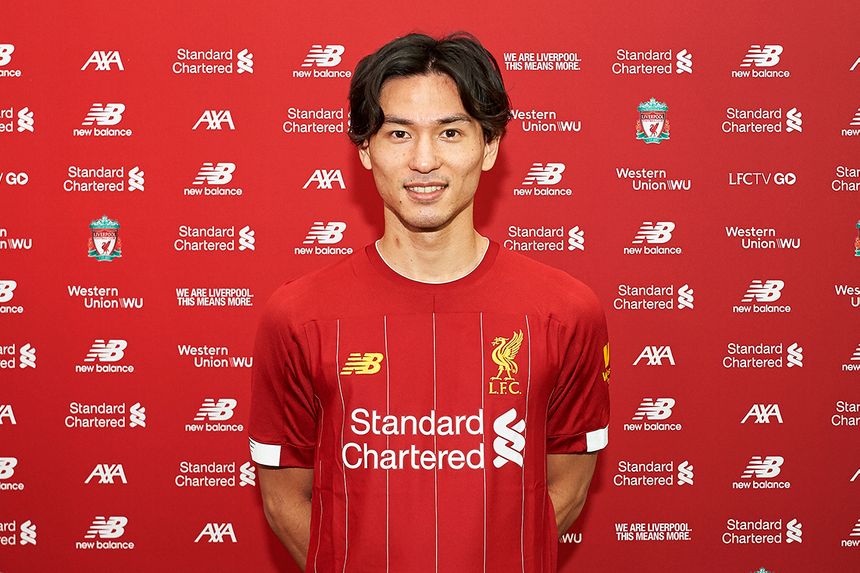 Liverpool are to sign midfielder Takumi Minamino from RB Salzburg, the club have announced.

Minamino has agreed to join the Reds when the transfer window opens on 1 January 2020.

The Japan international, who has won 22 caps, has impressed since joining the Austrian champions from Cerezo Osaka in January 2015.

"It has been a dream, my dream to become a Liverpool player. And I’m so excited that the moment has come true," the 24-year-old, who twice faced Jurgen Klopp's side in the UEFA Champions League group stage this season, told Liverpool's official website.

"My target is to win the Premier League and the Champions League, and to make good contributions to the team."

Minamino, who will wear the No 18 shirt, becomes the third player to join Liverpool after having progressed through the Salzburg academy, after Sadio Mane and Naby Keita.

The first Premier League match he will be eligible to take part in will be Liverpool's trip to Tottenham Hotspur on 11 January, when he could face the highest Asian goalscorer in Premier League history, Son Heung-min.