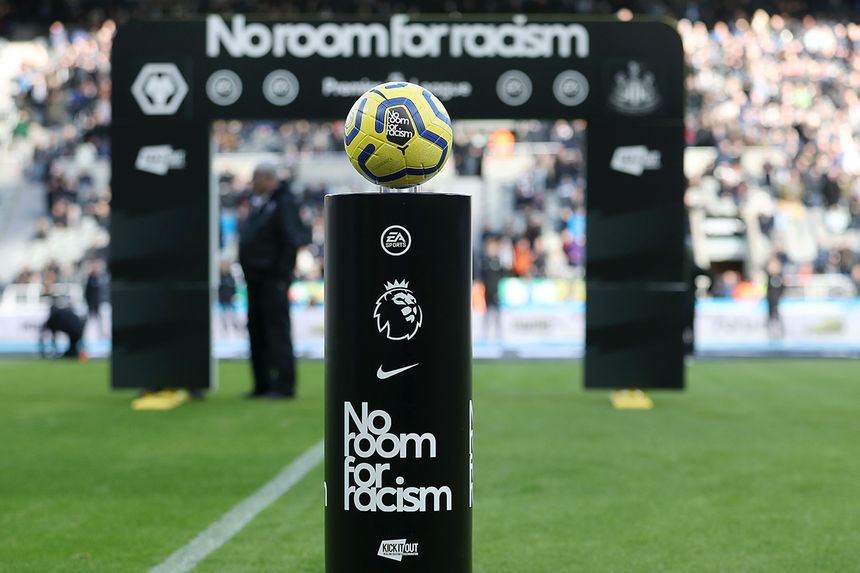 The Premier League and our clubs will not tolerate discrimination in any form. If people are found to have racially abused Premier League players they deserve to be punished and we will support any action taken by the authorities and the clubs.

We appreciate the millions of supporters who help create a positive Premier League matchday atmosphere and have made it clear that racist conduct or language is unacceptable.

Our No Room For Racism initiative is supported by all 20 clubs, their players, managers and fans.

If anybody witnesses racist behaviour at a match or around a stadium, they can report it to a steward or the police, as well as via the Kick It Out reporting app.
Everyone is welcome at Premier League games. Racism is not.