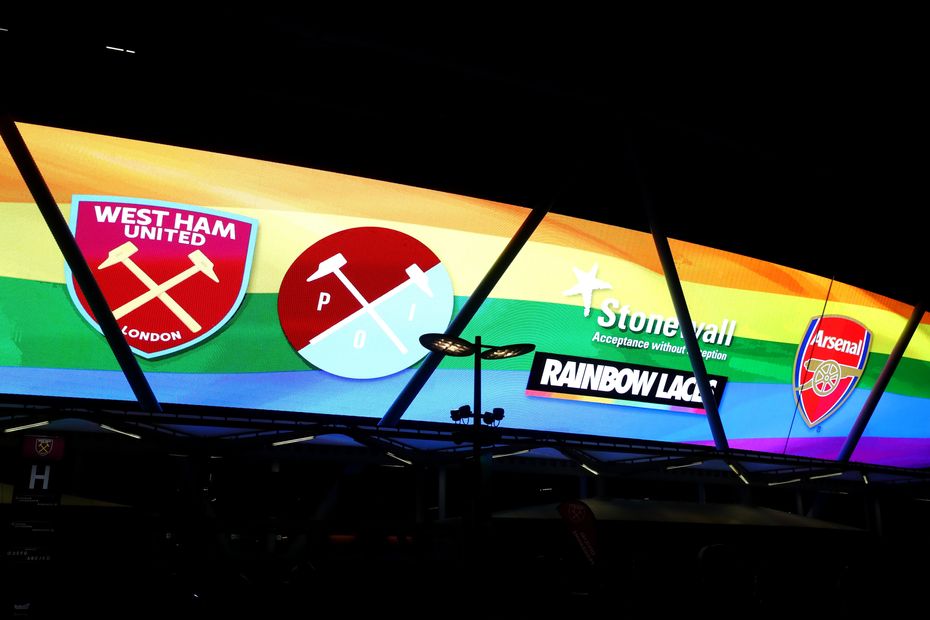 The Premier League and our clubs have been supporting Stonewall's Rainbow Laces campaign, as we continue to celebrate LGBT inclusion and make it clear that football is for everyone.

The campaign has been highlighted across two match rounds, from Tuesday 3 December to Monday 9 December.

Here's how Premier League clubs have been showing their support.

As a gay man who had little interest in football growing up, Allen admitted he did not know what to expect ahead of his visit but left London Stadium feeling welcome.

"Wearing a football scarf at West Ham immediately made me feel like I was part of a community, and that's a lovely feeling, particularly if, for whatever reason in your life, you felt like an outsider," Tom told the club's official website.

"To feel like you're part of something is truly magical."

The club's two captains, Troy Deeney and Helen Ward, sat down for a chat with Callum Jewell, co-founder of the Proud Hornets, to discuss some of the issues around equality.

The players had a spectacular backdrop at Amex Stadium as they lined up ahead of Sunday's match between the Seagulls and Wolverhampton Wanderers.

? This was quite the sight ahead of kick-off today!#BHAFC ?⚪️ pic.twitter.com/1Gj6rea7Ss

Liverpool captains Jordan Henderson and Sophie Bradley-Auckland proudly displayed the Rainbow Laces armbands that were worn in the Premier League over the last two Matchweeks.

We are proud to be supporting this year's #RainbowLaces campaign with a whole host of activity taking place across the club: https://t.co/3H2RulyV6l#ThisIsEveryonesGame pic.twitter.com/1s0Qv8iN5J

Spurs head coach Jose Mourinho sent a video message to Proud Lilywhites, the club's official LGBT supporters' group, as they prepared for a special anniversary during the week.

And Tottenham Hotspur Stadium was a stunning sight as it displayed rainbow colours.