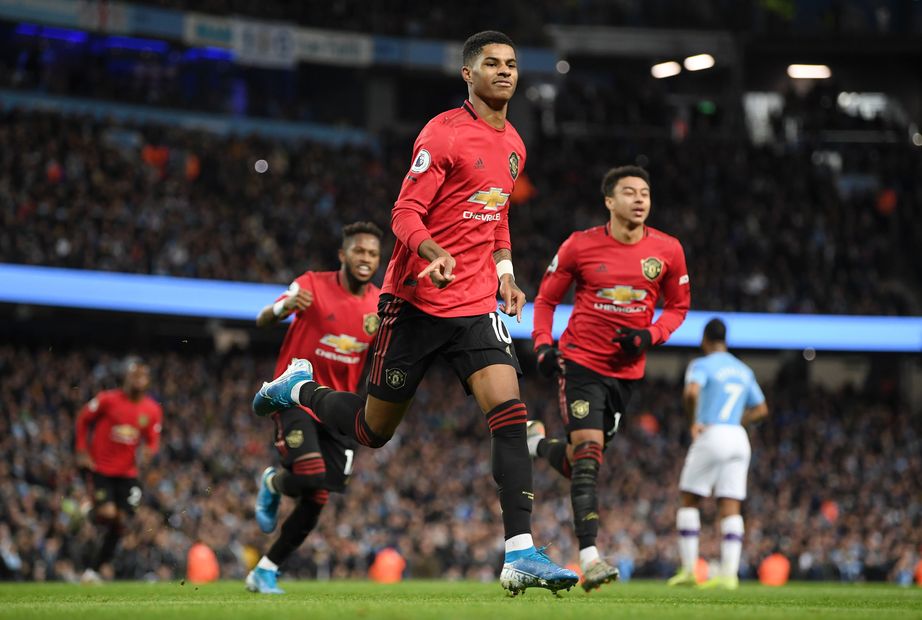 He converted from the penalty spot after the VAR alerted referee Anthony Taylor to a foul by Bernardo Silva on the United forward.

Six minutes later it was 2-0 as Anthony Martial's shot beat Ederson on his near post.

Both sides continued to have opportunities in an enthralling encounter, but it was not until the 85th minute that City scored, Nicolas Otamendi heading in Riyad Mahrez's corner.

City chased an equaliser but United hung on to leave the champions third on 32 points, 14 behind Liverpool.

United rise to fifth on 24 points.