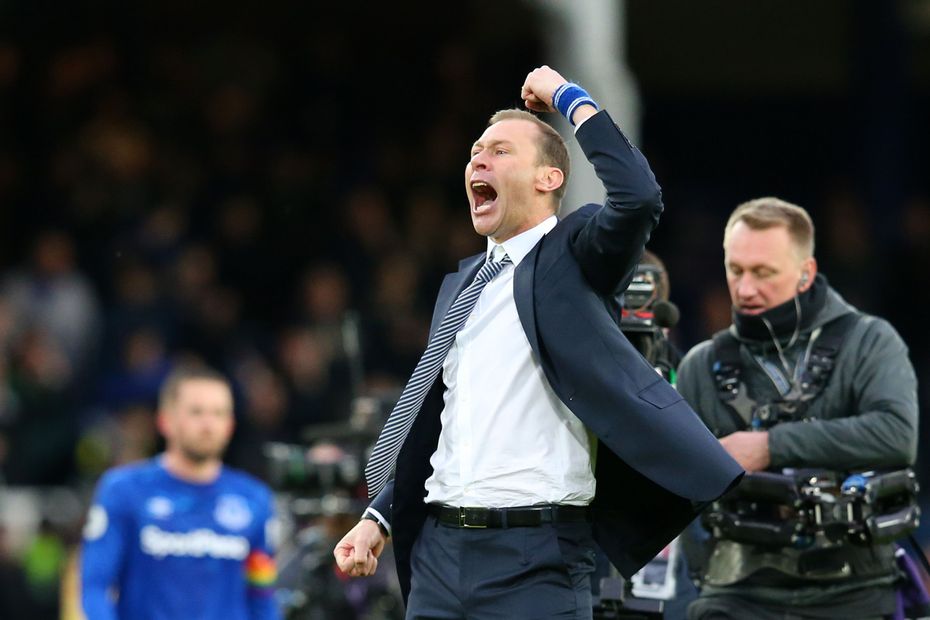 Dominic Calvert-Lewin scored twice as Everton beat Chelsea 3-1 to get caretaker manager Duncan Ferguson off to a winning start.

Calvert-Lewin doubled Everton's lead four minutes into the second half, capitalising on a poor clearance from Kurt Zouma to finish low past Kepa Arrizabalaga.

Mateo Kovacic pulled a goal back three minutes later for Chelsea, firing into the bottom-left corner from 25 yards for his first Premier League goal.

But the Toffees wrapped up victory six minutes from time, Calvert-Lewin latching on to a loose ball in the box to finish underneath Kepa.

Everton move up to 14th place with 17 points, while a third defeat in four league matches keeps Chelsea in fourth on 29 points.