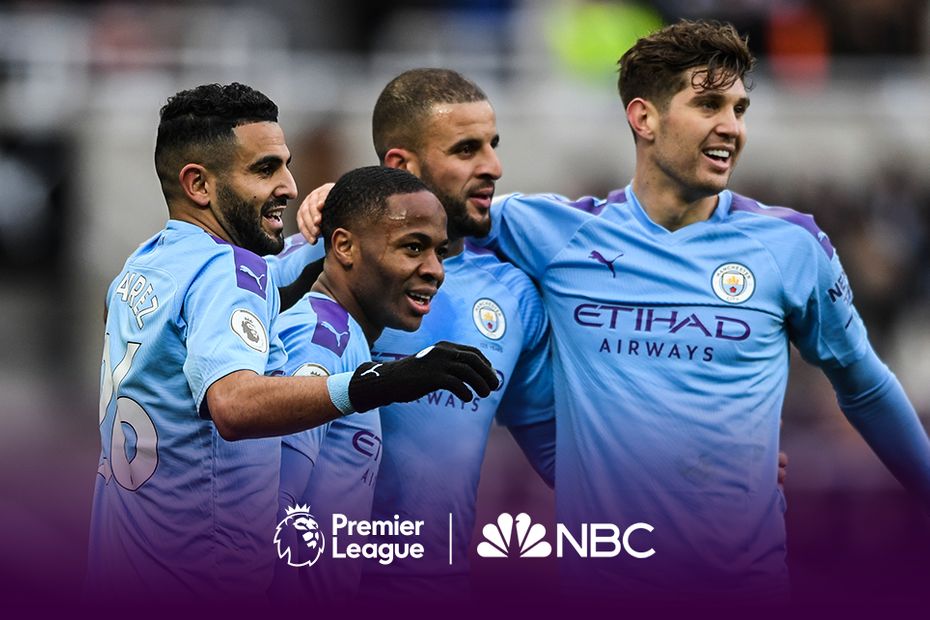 Watch best moments from the Manchester derby
Scout Selection: Jesus can be decisive in derby
The Scout's essential FPL tips for Gameweek 16

After a rush of midweek action in Matchweek 15, the Premier League returns to your screens this weekend in no time, with plenty of important fixtures.

A Manchester derby with both title race and top-four implications headlines Saturday after Liverpool look to extend their club unbeaten record when they take on AFC Bournemouth.

Meanwhile, on Sunday, Jamie Vardy and Leicester City will try to keep streaks of their own alive, having won seven matches in a row, with Vardy scoring in all of them, as they travel to Aston Villa.

Here's how you can watch it all unfold this week.

After parting ways with manager Marco Silva on Thursday, Everton host a tough Chelsea side at Goodison Park. American star Christian Pulisic has found plenty of success on the road, scoring four goals and assisting two in his last five league away matches.

Jurgen Klopp's Liverpool side have won a staggering 27 Premier League matches in 2019. With victory at AFC Bournemouth on Saturday, they'll top their 2018 tally with four matches to go this year.

Jose Mourinho suffered the first loss of his Tottenham Hotspur reign at Old Trafford this week. They'll look to bounce back against Burnley, against whom Spurs have won seven of their last eight home matches in all competitions.

After beating AFC Bournemouth while being down a man in Matchweek 15, Crystal Palace find themselves in the midst of a battle for a UEFA Europa League spot.

The Eagles will travel to Watford on Saturday, where the Hornets have struggled to find the net in the league, scoring only twice since September.

Saturday draws to a close when Manchester United make the short trek to the Etihad Stadium to take on champions Manchester City. Pep Guardiola has gotten the best of United of late, having won four of his last six Premier League fixtures against the Red Devils.

Newcastle United earned a crucial three points on Thursday when they won at Sheffield United. To continue the momentum, they'll feel they need to stop Southampton striker Danny Ings, who has scored in his last four league appearances for Saints.

A Premier League fixture will be born again when Norwich City host Sheff Utd at Carrow Road. These two sides will meet in the top flight for the first time since 1995.

Brighton & Hove Albion earned a big win on the road against Arsenal on Thursday. This round, they'll be hosting Wolverhampton Wanderers, who are unbeaten in their last five away fixtures in the league - their best run on the road in the top flight since 1959.

Matchweek 16 will come to a close on Monday afternoon with a London derby, when Arsenal head east to West Ham United's London Stadium. The Gunners are in desperate search of a win, having gone nine matches without victory in all competitions for the first time since 1977.