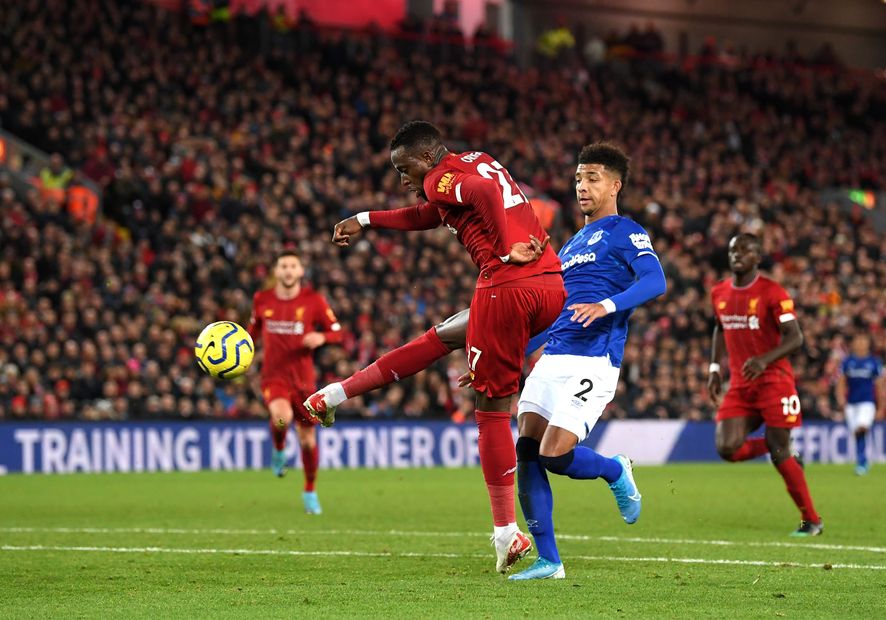 Divock Origi established himself as one of the most prolific Merseyside derby scorers in Premier League history after netting twice in Liverpool's 5-2 win over Everton.

Deputising for Mohamed Salah and Roberto Firmino, who were both named on the bench, the Belgian's excellent double took his tally in Premier League matches against Everton to five.

Only Steven Gerrard and Robbie Fowler have scored more for Liverpool against their local rivals in the competition, with nine and six goals respectively.

Origi is also the first Liverpool player to score in four successive home league matches against the Toffees, having struck in each of his four appearances against them at Anfield.

Five of the Belgian's 18 Premier League goals have come against the Reds' neighbours, and those strikes against Everton have come from just six shots on target.

Liverpool scored five goals in a Premier League Merseyside derby for the first time, and fell just one strike short of a club-record four-goal margin of victory against Everton.

Jurgen Klopp's side raced into a 4-2 lead at half-time on Wednesday, as six goals were scored in the first half of a Premier League encounter between the clubs for the first time.