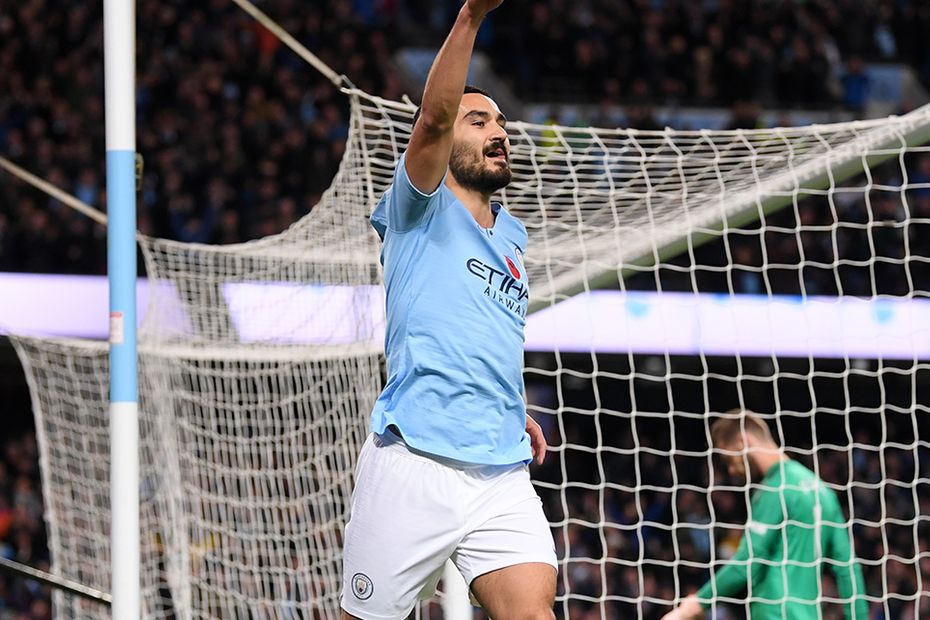 Champions looking to beat Man Utd by two goals again, plus all the outstanding facts from the next round of fixtures

Manchester City fans will be aiming to earn bragging rights with a victory for their side over Manchester United on Saturday but they will be hoping that victory with a flourish will give them a Premier League first.

For more on this and all the must-know stats for Matchweek 16, read on. For head-to-head records, click on the fixtures.

Chelsea have not scored in their last three Premier League meetings with Everton. They have not gone four consecutive top-flight matches without a goal against the same opponent since doing so against Bolton Wanderers from 1958-1960.

Liverpool have won 27 Premier League matches during 2019, matching their tally from 2018. They last won more top-flight matches in a single calendar year back in 1987, when they managed 28 victories.

Tottenham Hotspur head coach Jose Mourinho has faced Burnley at home more often without winning than he has any other side in all competitions during his managerial career, though all three such meetings, one with Chelsea, two with Manchester United, ended level.

Crystal Palace have won nine of their 16 away league matches in 2019, or 56 per cent. Only in 2015, when they won 61 per cent of their matches, have they ever managed a higher rate of victories away from home in a calendar year.

Man City can become the first team to beat Man Utd by at least two goals in a third consecutive top-flight meeting since Liverpool did so four times in a row between 1978 and 1979.

After three consecutive wins at Villa Park, Brendan Rodgers can become the fourth manager to win all five of his Premier League away trips to a specific ground, after Arsene Wenger at KCOM Stadium, Gerry Francis at Highfield Road and Jurgen Klopp at Selhurst Park.

Danny Ings has scored in his last four Premier League appearances for Southampton. Only two Saints players have scored in five in a row, both twice each: with James Beattie, in 2002 and 2003; and Matt Le Tissier, in 1994 and 1996.

Sheffield United are still unbeaten away from home in the Premier League this season, though six of their seven matches have been drawn. The last time they remained unbeaten in their opening eight away top-flight matches was in 1899/00, when they went 10 without defeat.

Wolverhampton Wanderers are looking to go 11 top-flight matches unbeaten for the first time since September 1962.

Arsenal have claimed 39 Premier League victories on a Monday, second only to Man Utd's 43.