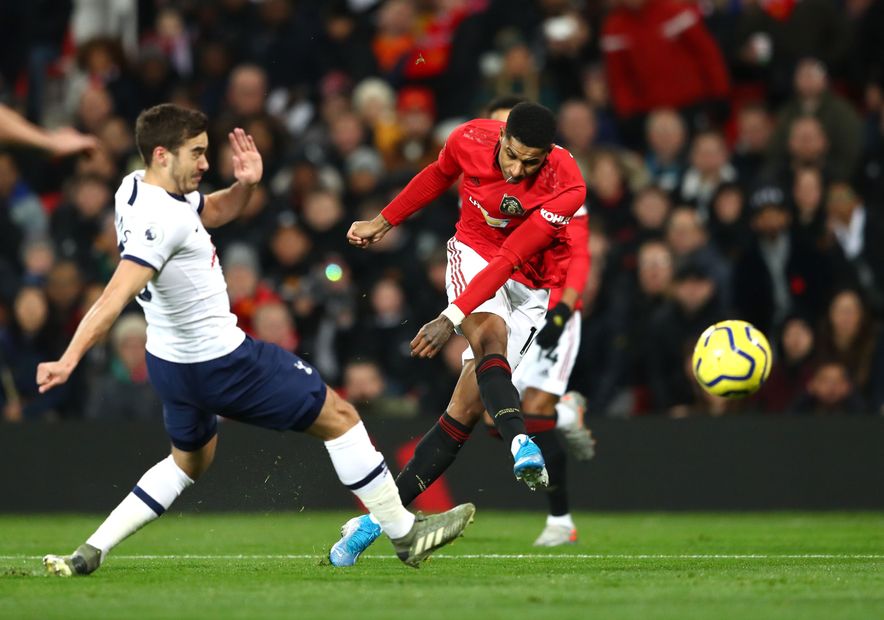 Rashford put United in front after six minutes with a low shot from the left of the penalty area, which beat Paulo Gazzaniga at his near post.

Gazzaniga tipped another Rashford effort on to the crossbar before Dele Alli equalised brilliantly six minutes before half-time.

The in-form midfielder brilliantly controlled a dropping ball inside the box and flicked it over two defenders before firing past David De Gea.

Man Utd retook the lead four minutes into the second half from the penalty spot, Rashford converting after he was fouled by Moussa Sissoko.

United climb above Spurs into sixth place on 21 points, one above their eighth-placed opponents.