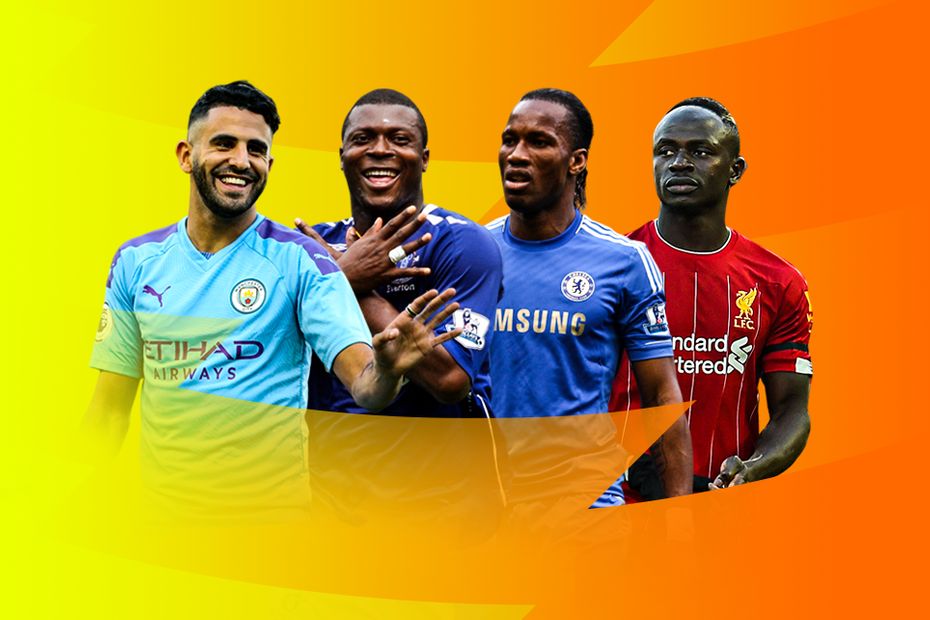 Man City's Algerian winger scored his 50th Premier League goal, the ninth player from the continent to do so

In scoring Manchester City's fourth goal at Burnley on Tuesday night, Riyad Mahrez reached a landmark that only eight other African players have achieved.

The strike was the Algerian's 50th in the Premier League, from 177 appearances for Leicester City and Man City.

Mahrez is only two goals from Efan Ekoku in the African rankings and could surpass another Nigerian, Kanu, this season.

The best of Mahrez

He is still a long way from the top-scoring African, Didier Drogba.

The former Chelsea striker is the only African to reach a century of goals in the competition, although Sadio Mane is threatening to join the Ivorian.

The Liverpool and Senegal winger is 30 goals behind Drogba but could pull alongside him next season if he maintains his scoring form of the last campaign, when he struck 22 times.