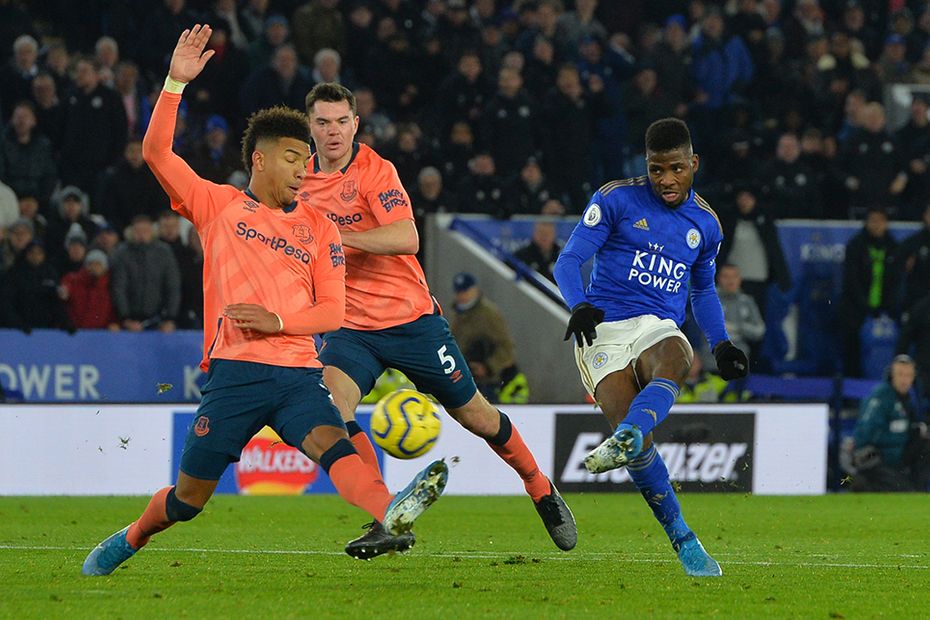 Substitute Kelechi Iheanacho struck a dramatic stoppage-time winner as Leicester City beat Everton 2-1 to move back up to second place in the Premier League.

Everton took the lead on 23 minutes after Djibril Sidibe's right-wing cross was powerfully headed in by Richarlison from eight yards out.

Leicester had a penalty decision overturned with the help of the Video Assistant Referee (VAR) after Mason Holgate was adjudged to have fouled Ben Chilwell.

Richarlison and Holgate spurned chances to double Everton's advantage before Iheanacho came on for his first appearance of the league season in the 62nd minute and inspired the Foxes' comeback.

Iheanacho crossed for Jamie Vardy to tap in his 13th goal of the season before the Nigerian curled in the winner, which was confirmed as onside after a VAR check.