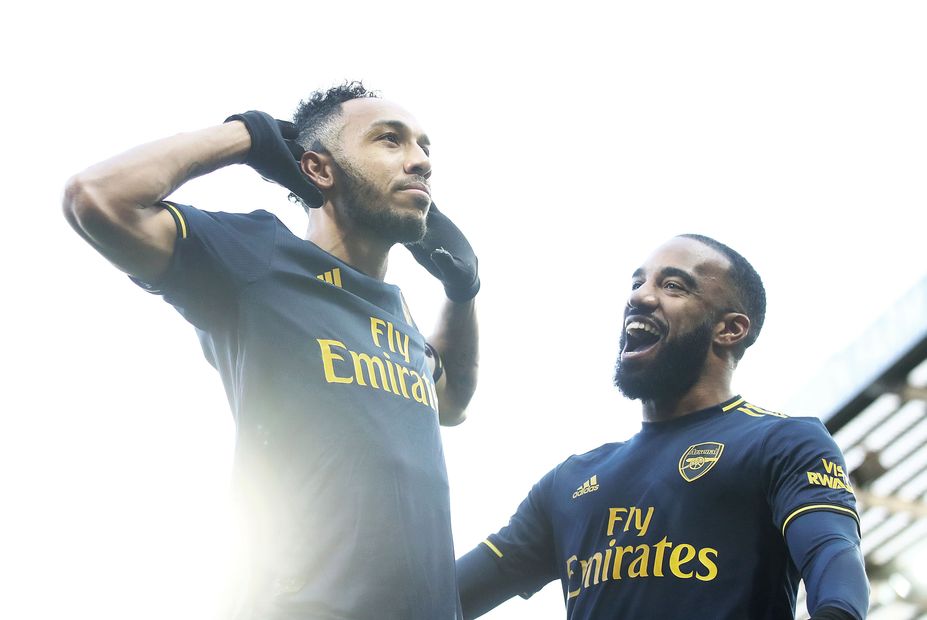 Pierre-Emerick Aubameyang scored a brace as Arsenal twice came from behind to draw 2-2 with Norwich City in Freddie Ljungberg's first match as the Gunners' interim head coach.

The Canaries took the lead in the 21st minute when Teemu Pukki scored his seventh goal of the season with a deflected effort.

Aubameyang then had a penalty saved by Tim Krul, following a handball by Christoph Zimmermann, but retook the spot-kick and scored after Max Aarons was adjudged to have encroached into the penalty area when the Arsenal striker was taking his first attempt.

Todd Cantwell's curling effort restored Norwich's lead just before the break but they were pegged back 12 minutes into the second half by Aubameyang from close range.

Arsenal goalkeeper Bernd Leno produced superb saves to deny Kenny McLean and Aarons and Arsenal held on for the draw.

The Gunners stay eighth, seven points behind Chelsea in fourth while Norwich stay in the bottom three.