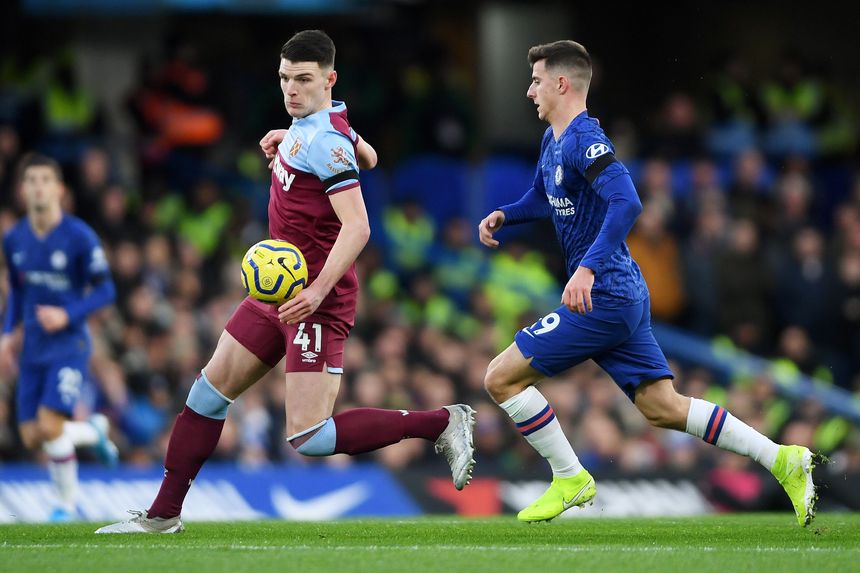 For the first time in the Premier League Mason Mount and Declan Rice had to put their close friendship to one side when they faced each other on Saturday.

The two midfielders became friends at the Chelsea Academy before Rice was released, going on to join West Ham United at the age of 14.

Their friendship continued to grow playing together for England before they took on one another at Stamford Bridge on Saturday.

Rice emerged triumphant from the match, with West Ham winning 1-0, revenge for when Mount had the better of the two the previous time they had been on opposing sides.

"It was a pre-season game for the Under-23s," Rice recalled on West Ham’s official website before the match. "I remember, we lost 3-1 and he scored a 'worldy'.

"Now we’ve got the big game on the weekend in the Premier League, which is everything we’d dreamt of.

"It’s going to be absolutely massive. It’s a London derby and massive for the fans and obviously my best friend will be on the pitch, so it’s going to be really special.

Ahead of the match the pair shared their memories of growing up together, life at the Chelsea academy and Mount’s prank video of Rice on holiday that went viral.