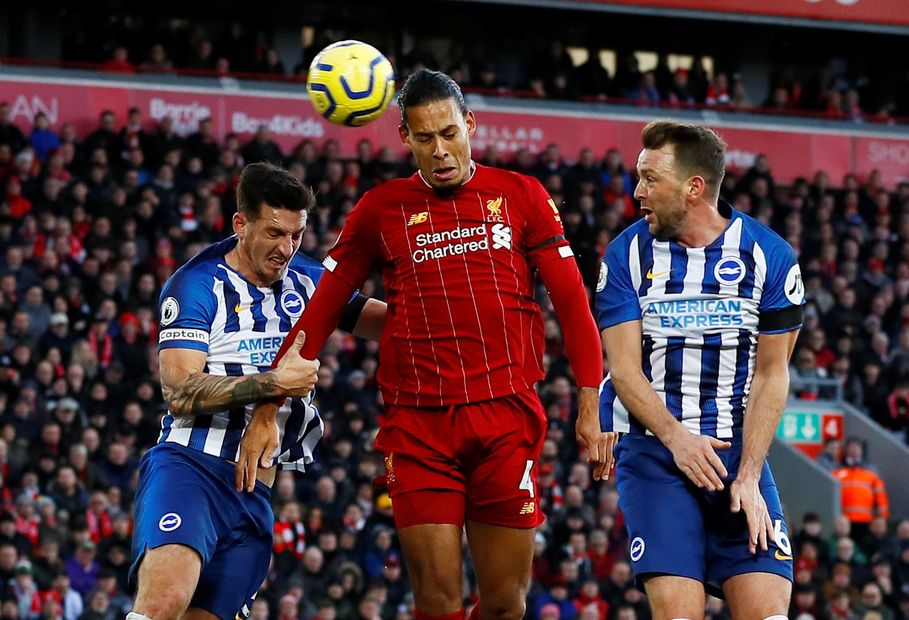 The pair combined for the second midway through the first half, this time the defender heading in Alexander-Arnold's corner.

Brighton threatened more after the break and were given hope when Alisson saw red for handling outside the area.

But Liverpool held on to equal their longest unbeaten run of 31 top-flight matches.

Brighton drop to 15th with 15 points.