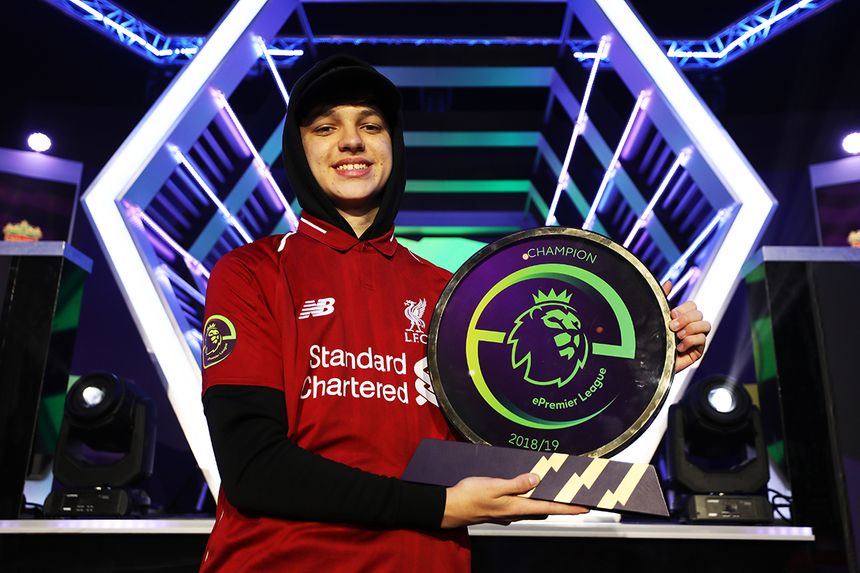 Register now to have a chance to win £20,000 grand prize for the EA SPORTS FIFA 20 tournament

Gamers who register for this season's ePremier League (ePL) will have the chance to win £20,000, with the Premier League announcing a prize pool for the 2019/20 EA SPORTS FIFA 20 tournament.

Fans will compete to win the title of 2019/20 ePL Champion for their Premier League club, and the winner will walk away with the ePL Trophy and half the £40,000 total prize money.

Online qualification begins on Monday 2 December and fans can register now at e.premierleague.com.

After a hugely successful debut ePL season, the tournament returns for United Kingdom-based FIFA players to compete on either PlayStation 4 or Xbox One.

Registration is open until the end of the qualification period on 22 December.

Once the most talented players have made the cut, each club will host their own playoffs, with the best of the best appearing at the ePL Finals in London in March 2020.

Donovan 'Tekkz' Hunt was crowned the inaugural ePL champion for Liverpool earlier this year, beating rivals from Southampton and Fulham along the way.

Register for the ePremier League