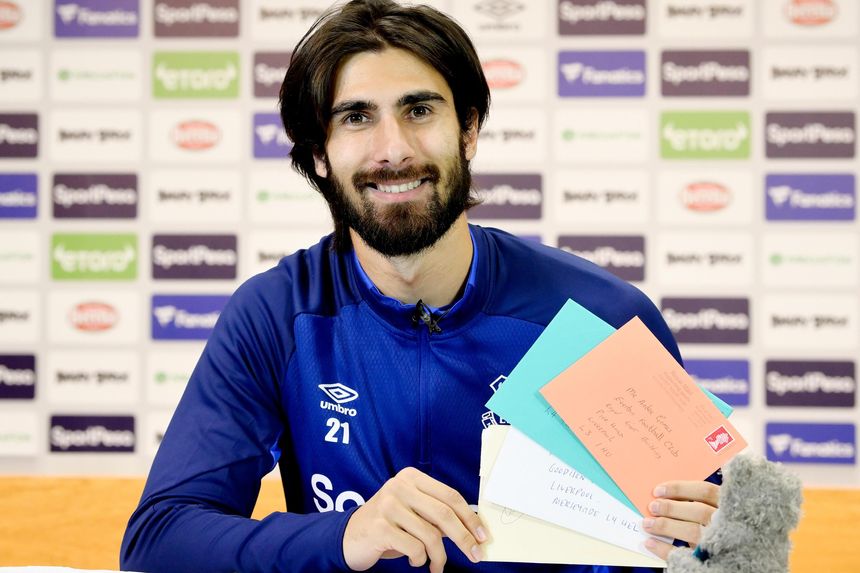 After he suffered a fractured dislocation of his right ankle against Tottenham Hotspur earlier this month, Everton midfielder Andre Gomes has been inundated with messages, not only from Toffees fans but from football supporters around the world.

Gomes was moved as he sat down to go through some of the messages, saying the fans' support has given him the strength to stay positive and desire to return stronger than ever.

"It's almost impossible to put into words," said the 26-year-old, who had made nine Premier League appearances this season prior to his injury.

"I feel emotional and sensitive because of what you have done for me. I just need to thank you all. It's emotion.

"And I will be back stronger for sure. To everyone, thank you."