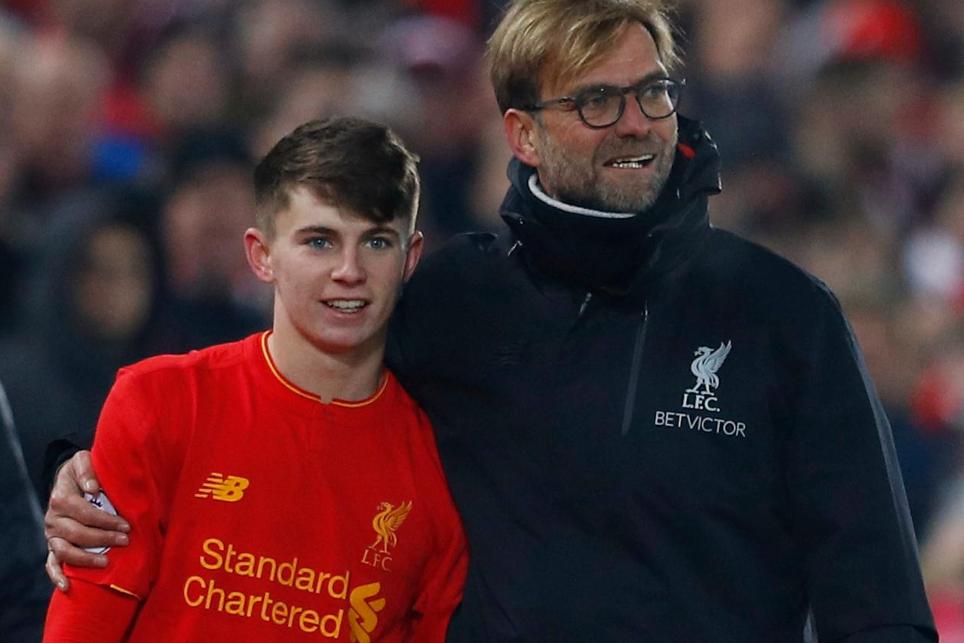 Michael Owen believes that Ben Woodburn is in the right hands at Liverpool after the forward became the club’s youngest goalscorer.

Woodburn's goal in the 2-0 EFL Cup victory over Leeds United meant that at 17 years and 45 days he beat Owen's record, set in 1997, as the youngest player to score for Liverpool.

Owen, who was at Tuesday's match, did not mind his record being taken and is confident not too much pressure will be placed by the club on Woodburn, who could be part of the squad for Sunday’s Premier League trip to AFC Bournemouth.

He is with a perfect manager in Jurgen Klopp," Owen said. "Ben is young and it is a long game. He will be managed carefully over the next year or two."

As part of a dream week for Woodburn, he was also named on the shortlist for the Premier League 2 Player of the Month for November.

To watch Owen on Woodburn click on the article above.