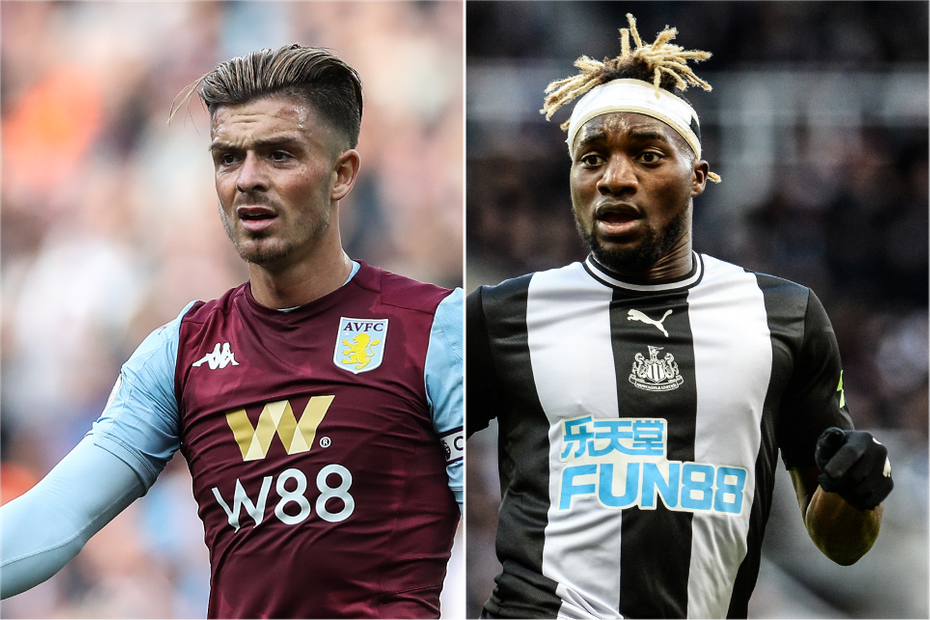 We all understand the significance of goals, assists, clearances, blocks and interceptions. But another way of revealing the impact of some of this season's outstanding performers is by using a new measurement introduced by Opta.

Their ball-carry metric, which is being used regularly for the first time in 2019/20, captures every instance of a player moving at least five metres with the ball.

This data makes it possible to determine not only who runs the most with the ball, but also the effectiveness of those forays and who makes the most defining actions at the end.

It tells us that two of the best dribblers in the league are set to go head-to-head on Monday night, with Aston Villa's Jack Grealish facing Newcastle United's Allan Saint-Maximin.

Grealish, who is back in the frame after overcoming a calf injury, has created 15 chances following ball carries this season, more than any other player in the Premier League.

The 24-year-old has had no problem bringing his creativity to the top flight after Villa's promotion, and Newcastle will need to be alert when he is running at their defence.

Using another strand of the new metric, we can see which players cover the most ground while progressing upfield with the ball, by looking at their average carry progress.

Topping this group, out of the players with at least 100 carries this season, is Newcastle winger Saint-Maximin, who is averaging a league-high 12.2 metres per carry.

Having gradually worked his way into the starting XI, the 22-year-old has been at the heart of Newcastle's counter-attacking threat with his driving, direct runs.

Monday's match at Villa Park could be decided by which team gets their star dribbler on the ball more often, and how much the pair hurt their foes when they get space to run into.

Alongside their shared crossing ability, the duo rank among the top seven players in the league for progressive ball carries, a metric based on carries that head directly upfield.

This is a key driver in how Liverpool sustain their attacking threat, and how their wide men get into good positions for their all-important deliveries.

From proven commodities to an early candidate for the most-improved player in the Premier League, Mateo Kovacic has stepped into a key role under Frank Lampard.

Among other attributes, it has been the Croat's ability to carry the ball in central areas that has brought him to the forefront of Lampard's midfield options.

The 25-year-old has averaged more ball carries per 90 than any other midfielder this term, with 30.2, making him a vital force in Chelsea’s new-look attacking style.

Most ball carries per 90 mins