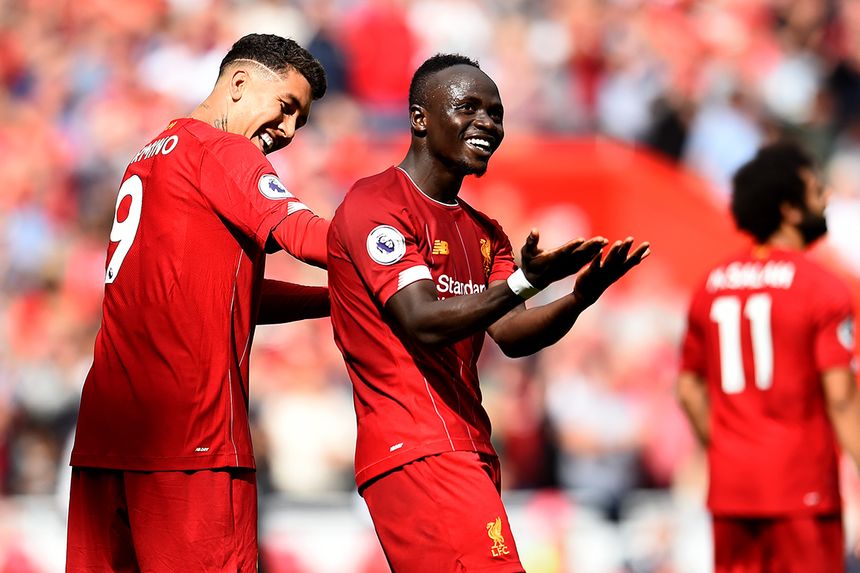 Sadio Mane: I feel so lucky to play alongside Mo and Bobby External Link
FDR focus: Triple up on Liverpool
Townsend: We're expecting a frantic start

A trip to Crystal Palace raises the captaincy potential of Sadio Mane (£12.1m) in Gameweek 13 of Fantasy Premier League.

The top-scoring midfielder in the game, Mane travels to Selhurst Park having produced returns in four of the last five Gameweeks.

The Liverpool winger also has a prolific record when facing the Eagles. He has scored seven goals against them, more than he has managed against any other side.

Mohamed Salah (£12.3m) should also be considered if he can overcome an ankle problem.

The Egyptian has three goals and two assists in his last three Premier League meetings with Roy Hodgson's side.

City and Chelsea stars face off

Sergio Aguero (£12.0m) and Raheem Sterling (£12.0m) come up against a Chelsea defence that have failed to keep a clean sheet on the road this season, conceding 12 goals in six away matches.

Sterling has produced 12 shots inside the penalty area in the last four Gameweeks, a total bettered by just three other players.

At home, his 22 shots in the box are more than any other player this season.

Abraham has scored more away goals than any other player in 2019/20 FPL, getting seven of his 10 strikes this season on the road.

Pulisic will also be a leading captaincy choice if he recovers from a hip problem. He has scored all five of his goals for the season in the last three Gameweeks.

Holly Shand (@FFCommunity_): I was set on Mane but potential injuries to Salah and Andrew Robertson (£7.0m) might weaken Liverpool as a whole. I may revert to the safe and consistent Jamie Vardy (£9.6m).

Ash (@FPLHints): Vardy appears to be the standout armband pick again. He is arguably in even better form than in Leicester City’s title-winning run in 2015/16. Lewis Dunk (£4.6m) will also be missing from Brighton & Hove Albion’s defence, which will open them up further.

Paul Gee (@FPLPaulGee): Sterling is a great candidate in my opinion. Chelsea concede a lot, even though they are in form right now. I expect Man City to bounce back.

Ben Crabtree (@FC_CrabDogg): There are likely to be a variety of captain picks this week. As an owner of Pierre-Emerick Aubameyang (£11.0m), I can't look past him at home against Southampton, despite some concerns over Arsenal's form.

Mark McGettigan (@FPLGeneral): I'm going to stick with Vardy after he served me well in Gameweek 12. Mane and Sterling are great options this week too, while Richarlison (£7.9m) could be worth a punt for his owners at home against Norwich City.

Ben McNair (@drbenmcnair): I think I'll be handing the armband to Sterling yet again. He was superb at Anfield in the last Gameweek and unlucky to walk away without FPL returns. Over the past six Gameweeks, he has more than double the penalty-area touches of any other player. Chelsea's defence has been far from watertight on the road and I think City will create plenty of chances as usual.