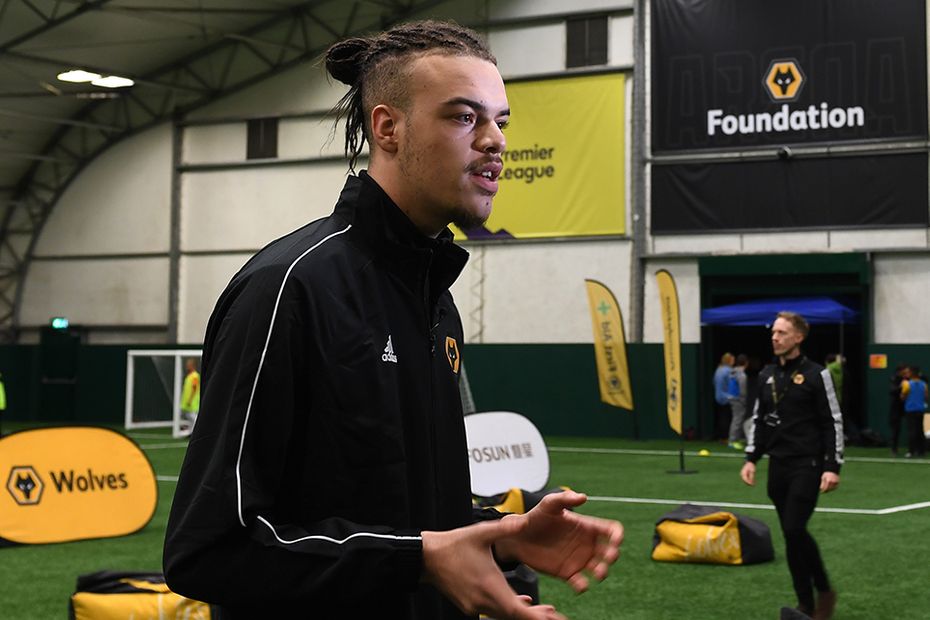 Like many youngsters, Corey Clutterbuck dreamt of becoming a professional footballer.

But when a series of injuries ended those dreams at the age of 12, it had a significant impact.

He lost interest in the game but when a friend told him about Premier League Kicks sessions run by Wolverhampton Wanderers Foundation, his love of football soon returned.

"It was something I hadn't really encountered before but I loved it from my first session," he says. "I saw Kicks as a real community."

For the next six years, Corey was a regular at the sessions at the Foundation Indoor Arena in Wolverhampton, playing football and making new friends.

As he approached his 18th birthday, Corey was keen to further develop his experiences and skills.

He wanted to continue with the programme and after enquiring about other possible roles, Corey took advantage of the volunteering opportunities that PL Kicks offers.

"Being given the opportunity to work with young people who were on a similar path to me was a no-brainer and something I couldn't resist," he says.

Now aged 20, Corey has completed his FA Level 1 coaching badge and is working towards his Level 2 as well as Youth Worker qualifications.

He works on at least two PL Kicks sessions a week and helps deliver other Wolves Foundation programmes.

"My development from a Kicks participant has helped me grow into an engaging coach and a good person to work with and be around," he says.

"Having the good fortune to work as a volunteer has opened my eyes into a new career in coaching, meaning I can share my time and story of Kicks and how I developed which should aid those who are in the same shoes and face the same obstacles I did growing up.

"Being able to give something back has been fantastic and I hope this can continue for years to come."