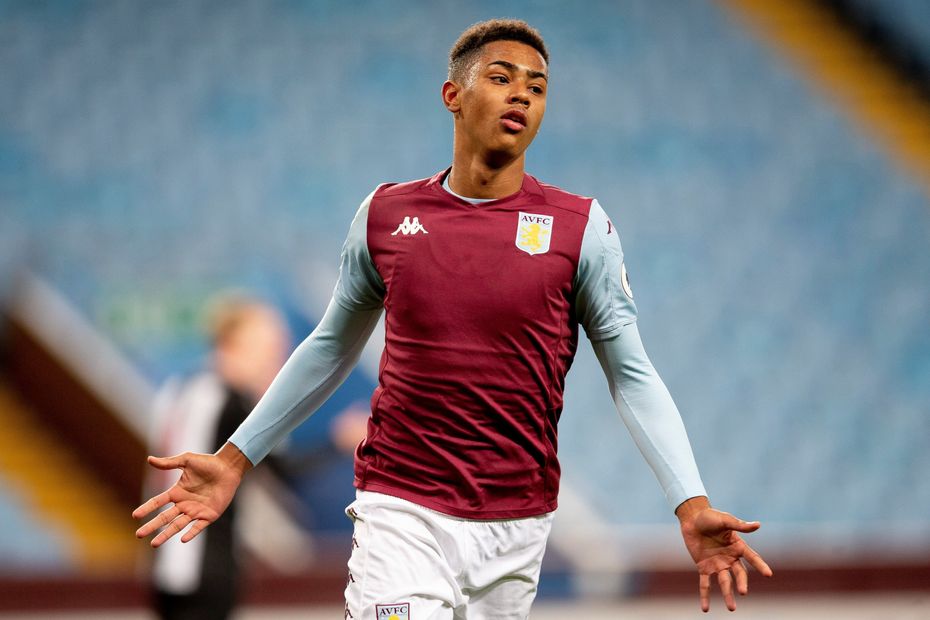 Aston Villa score six, while there were also wins for Charlton Athletic, Blackburn Rovers and Fulham

Jacob Ramsey was twice on target in Aston Villa's 6-0 victory over Portsmouth on Friday as we review last week's Premier League Cup matches.

Teddy Howe put the hosts 1-0 up just before the break at the Madejski Stadium before Aaron Henry levelled with a second-half free-kick.

Liddle restored the Royals' lead, only for Quitirna Junior to equalise from the penalty spot.

But Liddle struck again from close range late on to put Reading top of the group on seven points.

In the other match in the group, Michael Fernandes scored the only goal as Colchester United beat Swansea City 1-0.

The visitors caught Swansea out on the counter-attack on 24 minutes when Fernandes fired past Lewis Webb.

Colchester go a place and a point above the Swans into second place.

Hilton broke the deadlock on 57 minutes when his stunning strike beat Mike Cooper.

George Miller hit a hat-trick as Scunthorpe United came from two goals down to draw 3-3 with Newcastle United.

Miller's low shot opened the scoring on nine minutes, but Elliott Anderson equalised for the visitors.

Captain Thomas Allan made it 2-1 to Newcastle before the break and added a third two minutes into the second half.

But after Oliver Walters limped off in the 79th minute, 10-man Newcastle paid for having used all their substitutes as Miller struck twice to earn a first point for Scunthorpe.

Gary Warren scored a late header as Exeter City edged past Doncaster Rovers 1-0 to maintain their winning start in the Premier League Cup.

On 89 minutes, Warren connected powerfully with a Joel Randall corner to earn the home side victory.

Exeter are top on six points from two matches. Doncaster are second, only trailing on goal difference, having played a fixture more.

Also in Group D, Aston Villa earned an emphatic 6-0 victory over Portsmouth for their first PL Cup win this term.

Jacob Ramsey scored either side of Cameron Archer's strike on the stroke of half-time.

Tyreik Wright, Lewis Brunt and Dimitri Sea also got on the scoresheet in the second half.

Dominic Samuel and Jacob Davenport scored in each half as leaders Blackburn Rovers beat Burnley 2-1 in a Lancashire derby.

Samuel gave Rovers the lead with a fine effort that flew beyond Adam Legzdins, and the visitors had a second when Davenport netted from 12 yards.

Rob Harker halved the deficit on 69 minutes but Rovers held on and are seven points clear at the top after winning all three of their matches.