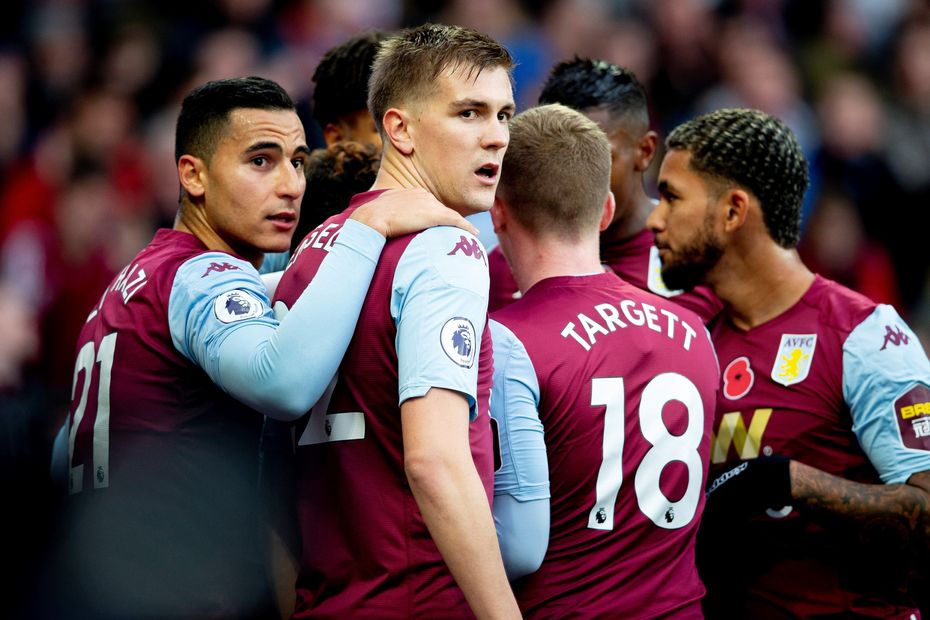 Victory for Aston Villa on Monday night would move Dean Smith's side to within one point of Newcastle United and bring an end to a run of three successive defeats.

Newcastle United, who sit three places ahead of Villa in 14th, are looking to record a hat-trick of consecutive wins for the first time since November 2018.

However, fellow 'keeper Jed Steer (Achilles) is out for three months.

Newcastle United's Florian Lejeune and Fabian Schar could both return.

Jamaal Lascelles (knee) is ruled out until January while fellow centre-half Ciaran Clark is doubtful. Sean Longstaff is suspended.

Forward Trezeguet has scored in his last two Premier League matches for Aston Villa against Wolves and Liverpool. The last Villa player to net in three consecutive top-flight fixtures was Tom Cleverley in May 2015.

Aston Villa will be hoping it's 13th time lucky as they have not registered a league win against Newcastle in 12 attempts. Their last success came at Villa Park in April 2011 when James Collins scored in a 1-0 win.

Newcastle have kept seven clean sheets in their last 16 league meetings with Aston Villa, during which they have shipped only nine goals. The Magpies have not conceded more than once in any of those encounters either.