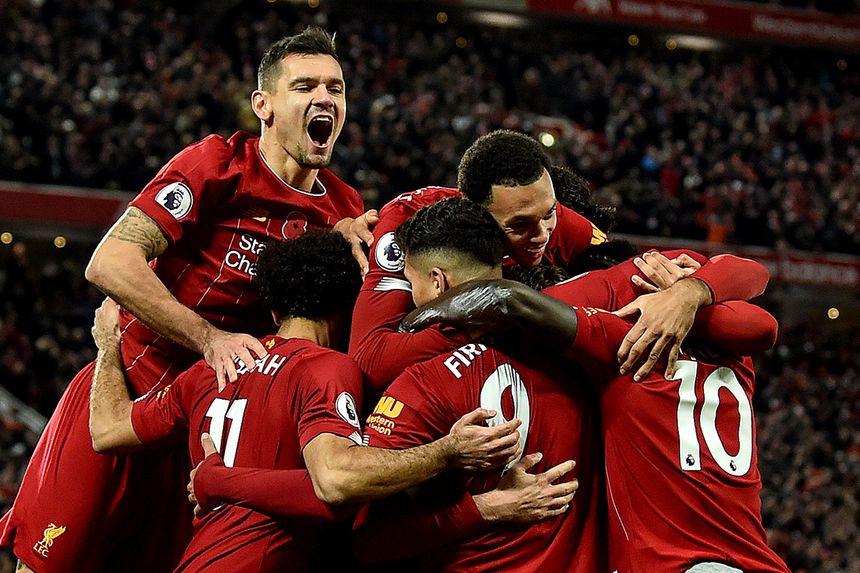 Sadio Mane: I feel so lucky to play alongside Mo and Bobby External Link
Bottom-half sides have rare chance to make big leaps
FDR focus: Triple up on Liverpool

Premier League leaders Liverpool can join an elite group of teams if they extend their unbeaten run in the top flight at Crystal Palace next weekend.

Liverpool are 29 league matches without defeat, a run going back to 3 January 2019, when they were beaten by Manchester City.

And should they leave Selhurst Park with at least a point, their 30-match run would make them one of only five teams to go unbeaten for so long in the Premier League.

We look at the four sides who have gone 30 matches or more without defeat.

Pep Guardiola's side struck 87 goals in the run, helped by comprehensive victories over Stoke City, Watford and Liverpool, before they were finally beaten 4-3 by the Reds at Anfield.

A 10-man win at Liverpool just before Christmas started a run that led to the 2001/02 title, sealed with Sylvain Wiltord claiming victory at Manchester United.

Arsenal won 25 matches and drew five before a 16-year-old Wayne Rooney struck late for Everton to hand them defeat.

Jose Mourinho's side claimed the second-longest unbeaten run as they secured back-to-back titles with a defence that conceded only 19 times in just over a year.

Frank Lampard was the leading scorer during the run, with 22 goals, before it ended when Darren Fletcher sealed victory for Man Utd.

Who would have thought that when Arsenal left Highbury after a 6-1 victory over Southampton it would be the start of a run that put them in the history books?

The unbeaten streak extended across the whole of the 2003/04 title-winning season, giving the team the "Invincibles" tag, with Thierry Henry claiming 39 goals.

Arsene Wenger's team were denied a half-century by Man Utd at Old Trafford, with Rooney their scourge again.