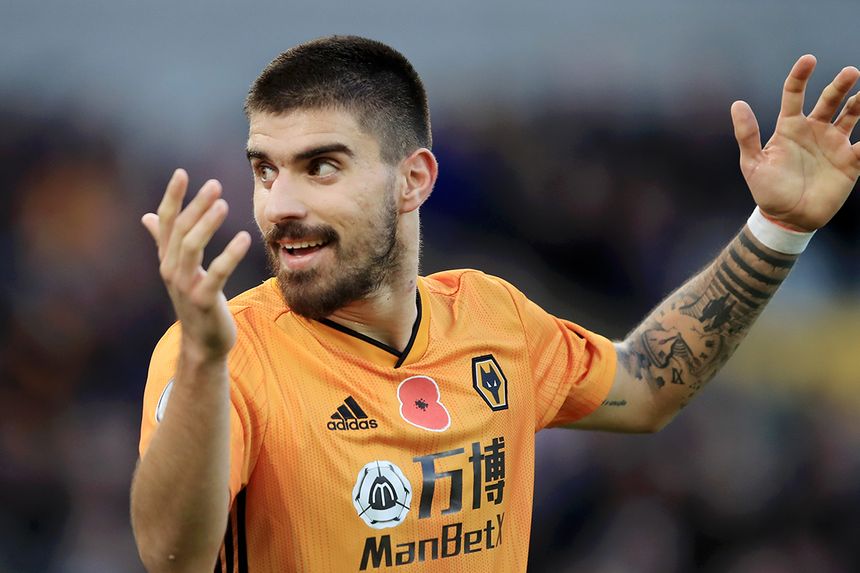 Wolves midfielder has six goals despite having four touches in opposition area, making one of the League's specialists from distance

Ruben Neves's Premier League statistics show he does not need to spend much time in the box to get on the scoresheet, as he highlighted in spectacular style on Sunday.

The Wolverhampton Wanderers midfielder stunned Aston Villa with a ferocious strike after Joao Moutinho teed him up from a free-kick, continuing his remarkable knack for finding the net from distance.

Neves's average of 1.5 goals to touches in the opposition box is the best ratio in the Premier League since he made his debut in August 2018, which he marked with a superb free-kick as Wolves kicked off their return to the top flight with a 2-2 draw against Everton.

But their combined total of minutes played in that period is less than a quarter of the Wolves midfielder's time on the pitch.

Greatest rate of goals/touches in box

* Rotate to view in full on mobile devices

Neves has unsurprisingly established himself as a specialist in scoring from distance, with only James Maddison, who has seven, and Christian Eriksen, with six, scoring more goals from outside the area since the start of 2018/19.

But his two penalties mean his ratio of scoring 66.7 per cent of his goals from outside the box falls short of the all-time long-range experts in Premier League history.

Pedro Mendes, who played for Portsmouth and Tottenham Hotspur, is the only man with six goals or more to have scored every one from outside the area.

Highest % of goals from outside box