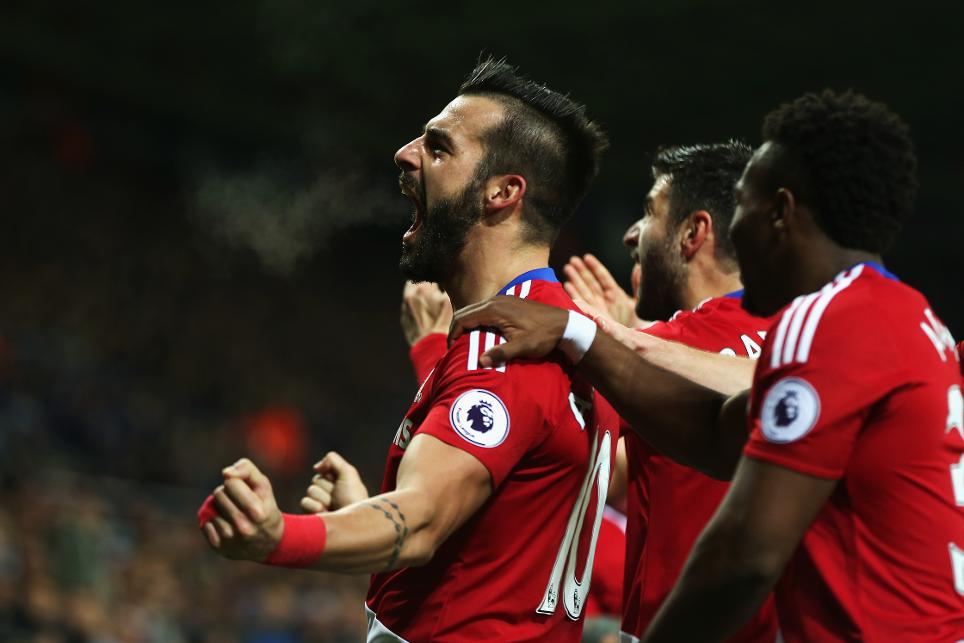 Negredo's return to form earned him 49 in the Bonus Points System (BPS), second only to Swansea City's Fernando Llorente (£6.1m and 64 BPS) for Gameweek 13.

A converted penalty helped Riyad Mahrez (£9.0m) to a score of 27 in the BPS, as he collected two bonus points via five recoveries and four dribbles.

Adam Forshaw (£4.5m), who provided the assist for Negredo’s second goal, claimed the final bonus point via a BPS score of 25.

Negredo received the highest ICT Index score with a total of 11.5.

The forward registered a Threat score of 34, the highest of the match, by virtue of his two shots from inside the box.

Mahrez led the way for the Foxes, primarily due to his Threat score of 23.

The Algerian had one goal attempt from inside the box and also managed four penalty-area touches as he totalled 8.1 in the Index.

Forshaw scored highest for Creativity in the match, with 38, completing 92% of his 19 passes in the Leicester half. He also created three goalscoring chances.

Negredo's return to form coincides with improving fixtures for Middlesbrough.

With matches against Hull City, Swansea City and Burnley in the next five, the striker could now build on his 12-point return at the King Power Stadium.

But Aitor Karanka’s men have scored only 12 goals in their 13 matches this season, ranking third-bottom for both goal attempts from inside the box and "big chances" created, narrowly ahead of Hull and Burnley.

Having scored twice and claimed an assist in his last three matches, Mahrez is hinting at a consistency that could yet aid a return as a promising FPL prospect.

Found in only 10.2% of FPL squads, Leicester’s form remains a concern, although match-ups with Sunderland, AFC Bournemouth and Stoke City in their next four could hand Mahrez the platform to continue his recent upturn in output.

The Algerian is yet to score a Premier League goal from open play, though, relying on three penalties to this point.