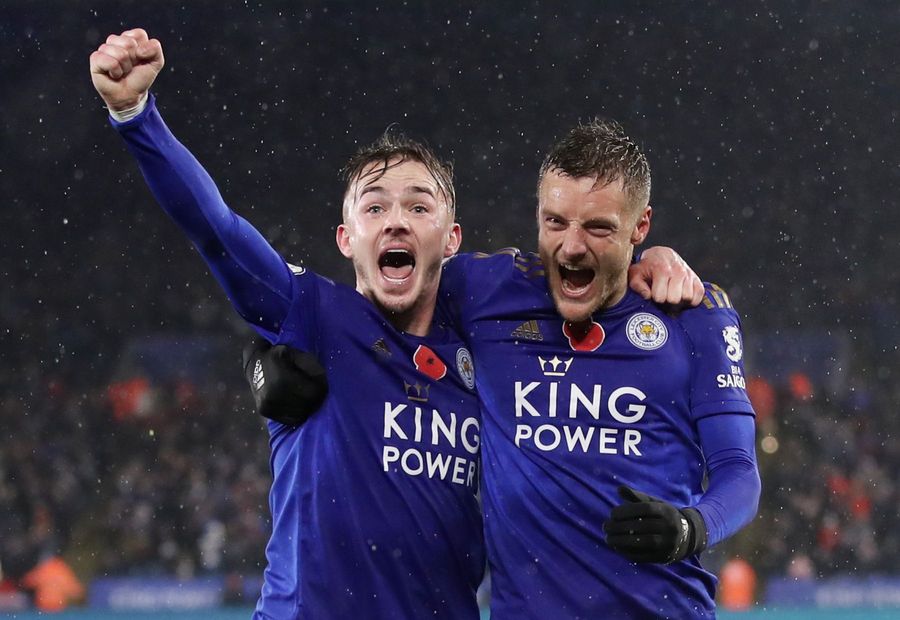 Shearer: Leicester feel they can beat anyone

Jamie Vardy proved the scourge of Arsenal once again as he and James Maddison scored to give Leicester City a 2-0 home win over the Gunners to move second in the Premier League.

Although visiting forward Alexandre Lacazette curled a wonderful chance wide from six yards in the first half, Leicester dominated the match.

Wilfred Ndidi hit the crossbar before Vardy swept home Youri Tielemans' pass on 68 minutes for his ninth goal in as many top-flight starts against the north Londoners.

Vardy then turned provider for Maddison to double the Foxes lead with a low finish from the edge of the penalty area.

Leicester have 26 points, one more than Manchester City who play Liverpool tomorrow.