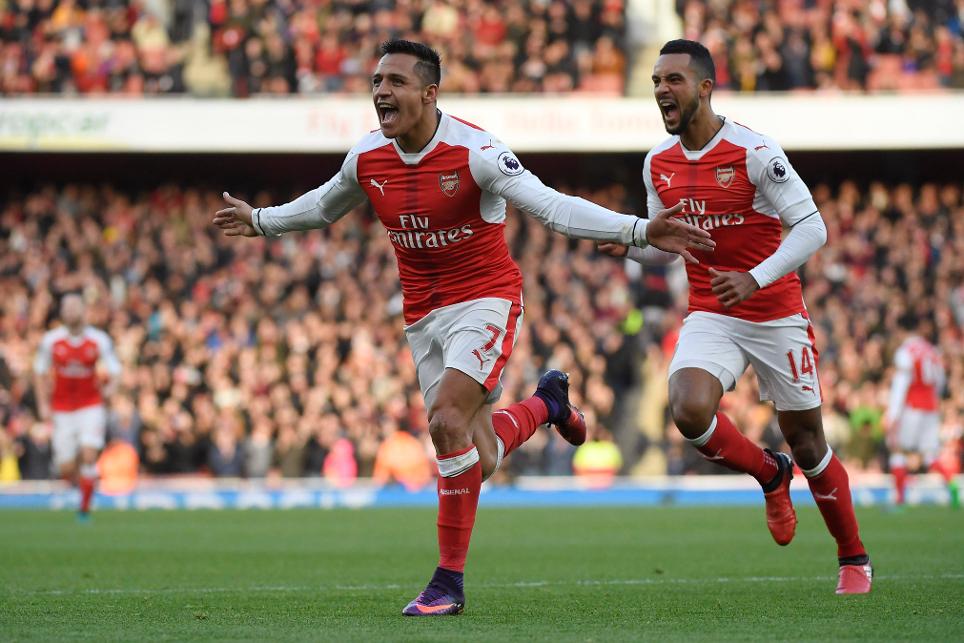 Walcott: I'm the happiest person in the world External Link

Arsenal battled to a 3-1 home victory against AFC Bournemouth thanks to an Alexis Sanchez double.

Sanchez seized on a first-half error by Steve Cook on 12 minutes to round goalkeeper Adam Federici and slide the ball into the empty net.

But AFC Bournemouth refused to roll over, and Callum Wilson levelled from the spot on 23 minutes after Nacho Monreal was adjudged to have fouled the Cherries' striker.

Eight minutes after the break, Theo Walcott headed Arsenal back into the lead from Monreal left-wing cross.

And one standout performer for the boss https://t.co/7pPtGSe1e0

Petr Cech had to make an excellent point-blank save with 14 minutes left from former Arsenal man Benik Afobe and visiting substitute Lys Mousset missed a golden chance to level in the final minute.

As AFC Bournemouth continued to push for an equaliser, Olivier Giroud set up Sanchez for the late goal that puts fourth-placed Arsenal four points clear of Tottenham Hotspur in fifth, and drops Eddie Howe's side to 11th.

Man of the Match: Alexis Sanchez