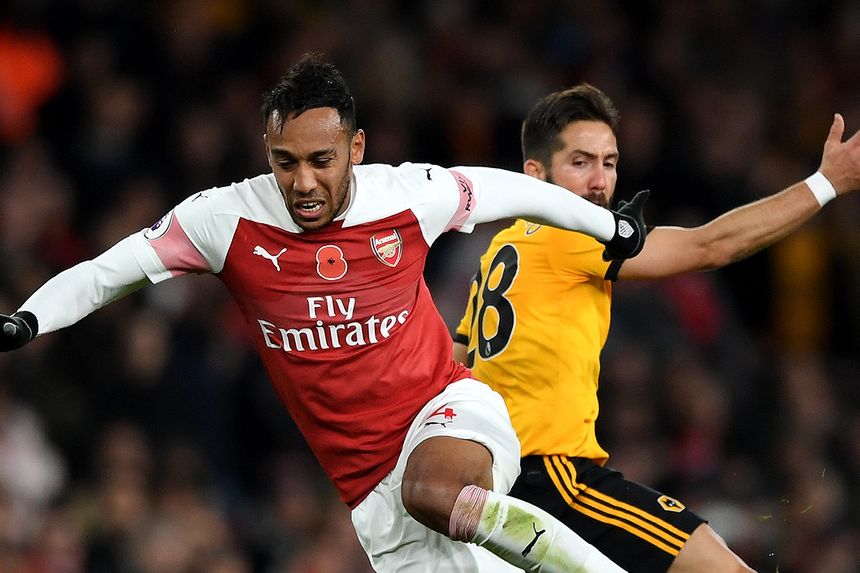 When Arsenal host Wolverhampton Wanderers on Saturday both teams will be defending impressive Premier League runs stretching back six and seven years respectively.

For more on this and all the must-know stats for Matchweek 11, read on. To see the head-to-head records, click on the fixtures.

Marcus Rashford scored home and away against AFC Bournemouth last season, including netting a 90th-minute winner in this fixture.

The Gunners have not lost a Saturday 15:00 kick-off since the opening day of 2013/14 versus Aston Villa (W20 D2). However, Wolves are unbeaten in their last seven Premier League matches in London (W3 D4) stretching back to March 2012.

Liverpool have won 13 Premier League away matches against Villa, more than they have beaten any other side on the road in the competition.

Neal Maupay has the chance to become only the second Brighton & Hove Albion player, after Glenn Murray, to score in four consecutive Premier League appearances at the Amex Stadium.

Raheem Sterling has been involved in eight goals in his last five home matches versus Southampton for Manchester City and Liverpool. Against no side has he scored or assisted more home goals in the Premier League.

Sheffield United will be the 54th different side Sean Dyche has faced as a manager. The Burnley boss has beaten 50 of the previous 53, failing only against Arsenal, Manchester United and Coventry City.

Manuel Pellegrini has faced Newcastle United more times without losing in the Premier League than he has any other side (W7 D1), with the Chilean's teams scoring 25 and conceding only two goals.

Tammy Abraham has six goals and one assist in his last four away matches, scoring more Premier League goals on the road this season than any other player.

Crystal Palace have won their last four Premier League meetings with Leicester City by an aggregate score of 13-1 and the Foxes have not won any PL match on a Sunday since April 2016 (D3 L6).

Tottenham Hotspur are unbeaten in their last 13 Premier League matches versus Everton (W7 D6), their joint-longest such run against the Toffees in the top flight.