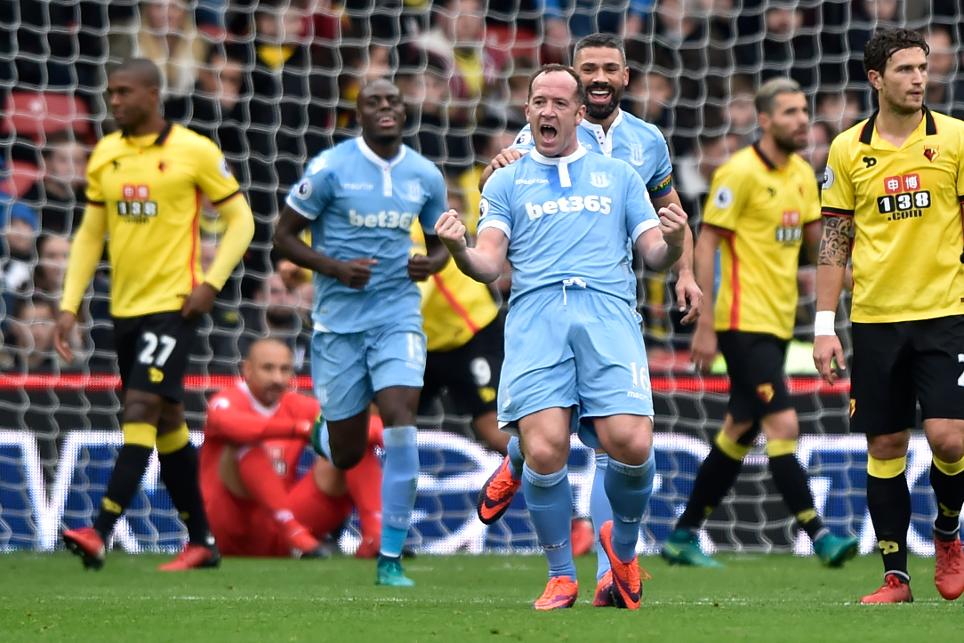 Stoke City moved into the top half of the Premier League table thanks to a narrow victory over Watford at Vicarage Road.

Their winning goal came in the 29th minute when Charlie Adam's header came off the post and rebounded off goalkeeper Heurelho Gomes into the net.

📝 Read the report as #SCFC shine in this afternoon's 1-0 win over @WatfordFC at Vicarage Road ➡️ https://t.co/ThFQCsr30d pic.twitter.com/7GrIs69qTn

Giannelli Imbula, making a return to the Potters' starting line-up, went close with a long-range shot as the visitors dominated the opening period.

Watford responded in the second period, with Daryl Janmaat and Stefano Okaka having opportunities, but they could not claim the equaliser and had Miguel Britos sent off late on for a second yellow card.

It is Stoke's fifth win in their last seven visits to Vicarage Road.