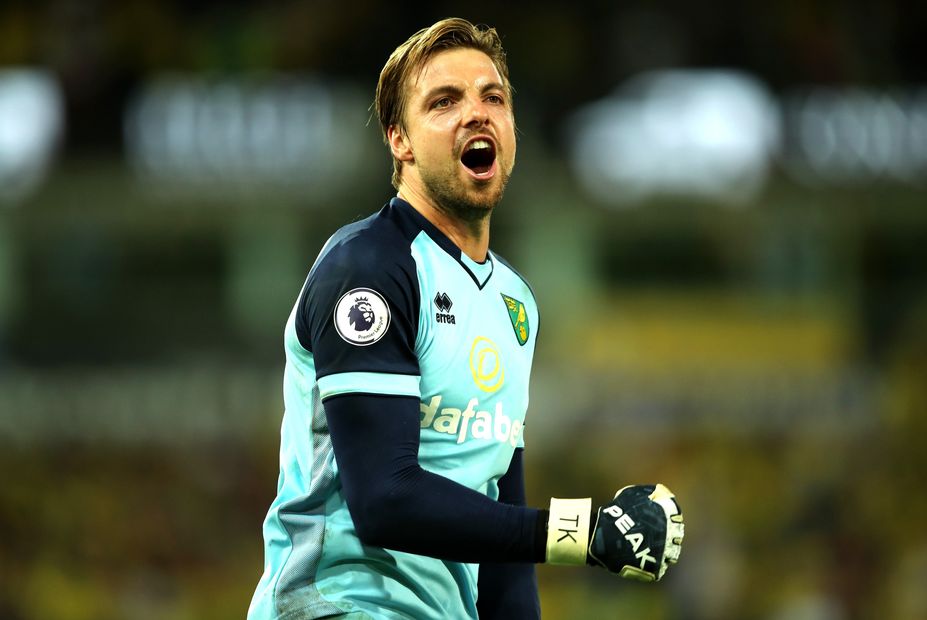 Onel Hernandez: We have lots to work on External Link
Best saves in Matchweek 10

Norwich City have developed an unfortunate habit of conceding penalties in recent weeks, with four being awarded against them in their last four matches.

However, their goalkeepers have responded heroically, saving the last three of those spot-kicks.

Michael McGovern repelled Wesley's effort for the Canaries against Aston Villa, and Tim Krul then denied both Marcus Rashford and Anthony Martial against Manchester United on Sunday, first diving to his right and then to his left.

It is the 15th time that a goalkeeper or goalkeepers from a single Premier League club have saved three successive penalties.

If it happens again at Brighton & Hove Albion on Saturday, Norwich will equal the Premier League record of four successive saves.

Only Man Utd and Charlton Athletic have previously achieved that feat, in April 2003 and September 2006 respectively.

The Canaries could also threaten the Premier League record for the most penalty saves in a season, after Blackburn Rovers kept out five in 2006/07.

Brad Friedel was responsible for four of those and that tally is the joint-highest for a single campaign along with that of Mark Crossley, for Nottingham Forest in 1998/99, and Ali Al Habsi, for Wigan Athletic in 2011/12.

Krul has joined a select group of goalkeepers to have saved two penalties in a Premier League match, becoming the eighth to do so.

Heurelho Gomes is the only man to have achieved that feat on two occasions, doing so for Tottenham Hotspur and then Watford.

No goalkeeper has yet saved three penalties in a Premier League match, while only two of the custodians to save two in a match ended up on the winning side.

Two penalty saves in a match

The heroics performed by McGovern and Krul have lifted Norwich's penalty-save ratio in the Premier League to 23 per cent, with 11 out of 48, the 11th-highest ratio.

Cardiff City have the best return, with a save rate of 33 per cent from nine attempts.

Sheffield United have the worst record with nine per cent, having stopped just one of 11 penalties in the Premier League.