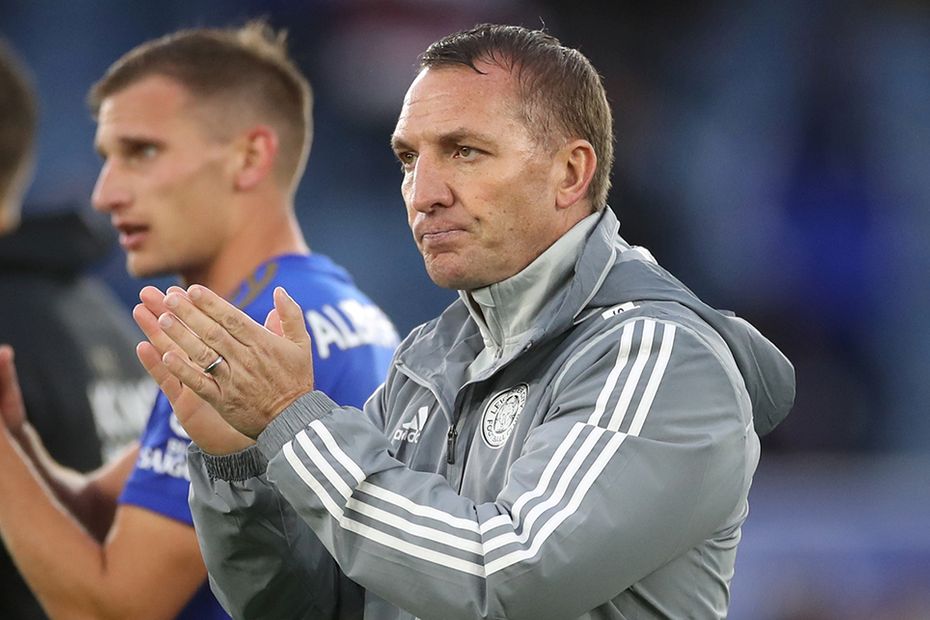 Jamie Vardy and Ayoze Perez both scored hat-tricks as Leicester City equalled the record for the biggest ever Premier League victory on Friday night.

But for Alan Shearer, the man who deserves most credit for the incredible 9-0 victory at Southampton was standing in the dugout.

"Many teams would have taken their foot off the gas but Leicester's manager has instilled a culture that makes his players hungry for more," says the Premier League's all-time leading goalscorer of Brendan Rodgers, selected as the manager of his Team of the Week.

It's @alanshearer's Team of the Week 🙌

Thoughts on his selections? pic.twitter.com/e5Qgm0X3K5

The Tottenham Hotspur goalkeeper kept his side in the contest with save after save, producing 12 stops in total against the league leaders.

Part of a resilient Sheffield United defence and he supplied the initial cross that led to Lys Mousset's equaliser.

Kept Callum Wilson quiet as Watford continue to improve at the back. They have only conceded one goal in their last three matches.

Newcastle United's captain took the pressure off his forwards by heading in the opener while helping to limit a dangerous Wolverhampton Wanderers side to a single equalising goal in the second half.

A constant threat down the left flank, getting into good areas and delivering end product with a goal and two assists.

Passed the ball calmly and intelligently as Liverpool sought to overturn their early setback, keeping Spurs pinned back and repeatedly giving his full-backs opportunities to attack.

Scored his first Premier League goal of the season while playing his part in a clean sheet in front of the defence.

Southampton never got to grips with his movement and his finishing was clinical as he racked up a hat-trick.

Showed his pace and ability to score with either foot, as well as his head, as he hit a hat-trick of his own. He also displayed a strong work ethic out of possession, never giving Burnley a moment's peace.

Aston Villa knew what to expect but were still unable to handle his elusive movement. He continued his fine goalscoring form and would have had an assist if David Silva had finished a gilt-edged chance.

The hottest striker in the Premier League right now, his pace, footwork and finishing ability was too much for Southampton.

Many teams would have taken their foot off the gas but Leicester's manager has instilled a culture that makes his players hungry for more. The Foxes have one more point at this stage than when they won the title in 2015/16.