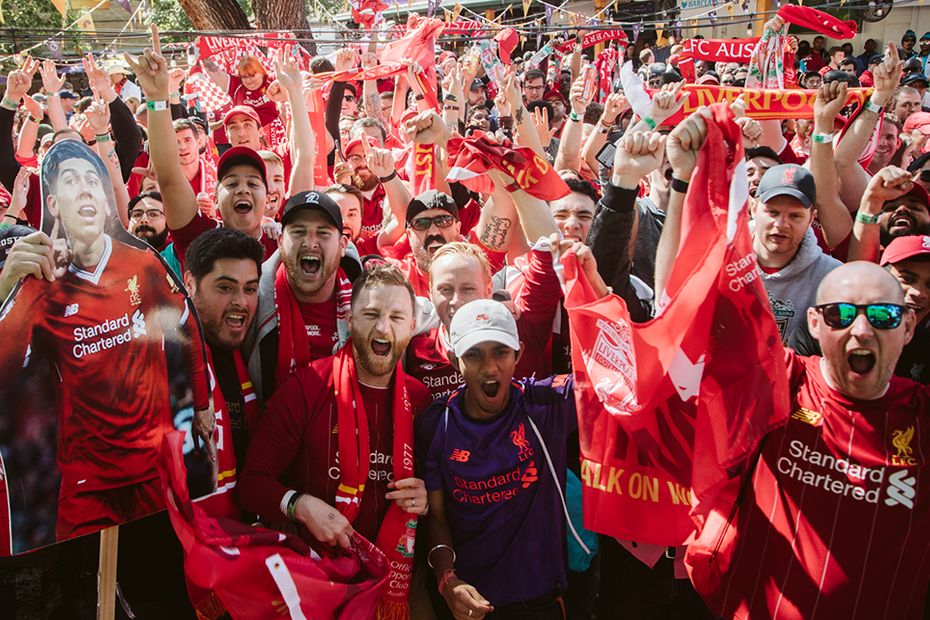 It was another special day in Austin, Texas, as thousands of loyal U.S. Premier League supporters savoured the second part of Premier League Mornings Live.

There was an early start on the second day of the event but supporters from Newcastle United and Wolverhampton Wanderers were out in force to watch the action unfold.

Got in line at 5:25 am to get into #MyPLMornings to watch my beloved #nufc Y’all at @NBCSportsSoccer did right by us. pic.twitter.com/xaAfSzNTjq

Ahead of kick-off, Wolves and Mexico striker Raul Jimenez received a personal message from WWE star and friend Sin Cara.

No better time do it 👇 pic.twitter.com/Jjmnd4WP9q

There was plenty of passion for the three matches that took place later in the day, with Manchester United supporters delighted at a 3-1 victory at Norwich City, achieved despite having two penalties saved.

And there was time for NBC analyst Robbie Mustoe to get up close and personal with the fans, as he enjoyed a bit of crowd surfing.

The two days of the PL Mornings Live event allowed more than 8,000 fans to come together to celebrate their love of the Premier League.

There was also the chance to test balancing skills on a mechanical bull.

For Americans unable to get to the event, Austin came to them, as one Newcastle United supporter found.

Magpies fan Matt sent a birthday request to his hero Alan Shearer, who was a special guest in Austin, and the Premier League's all-time leading goalscorer duly obliged.

And WWE star Sheamus had the final say as he led the supporters in an impressive rendition of "You'll Never Walk Alone" after his beloved Liverpool completed a thrilling come-from-behind victory over Tottenham Hotspur at Anfield.

The weekend was certainly a memorable one and American supporters can look forward to another two PL Mornings Live events this season.

Austin Texas, you were beautiful. pic.twitter.com/3h6ghSM6Sj