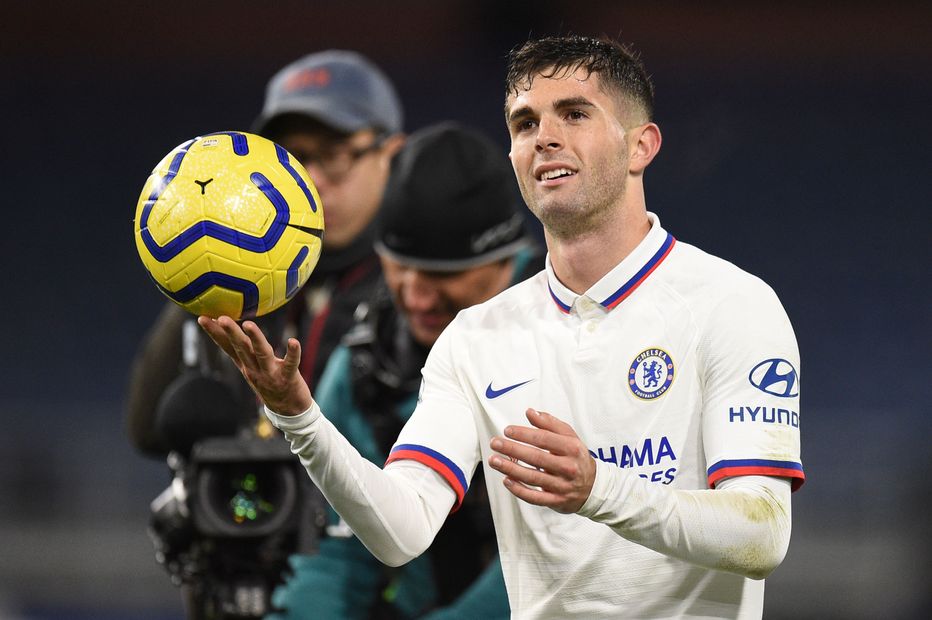 Wright: Pulisic getting rewards for his dedication

For Christian Pulisic, scoring a hat-trick on Saturday was a new experience.

Indeed it was so novel that, at the end of Chelsea's 4-2 victory at Burnley, he almost left his prized memento of the occasion on the pitch.

"It's actually my first professional hat-trick so I nearly forgot the match ball," he told the Blues' official website. "Luckily my team-mates helped me out!"

Still got no words for yesterday. Thankful for my teammates and the fans! Such a special day 🔵⚪️ @ChelseaFC pic.twitter.com/O94u2xUfDz

While the United States international achieved a first on a personal level at Turf Moor, he also wrote his name into the record books for his club and country.

He became the first American to find the net for Chelsea in the Premier League, with the Blues now having players from 36 nations score for them in the competition.

He also became just the second American to score a Premier League hat-trick, after Clint Dempsey's treble for Fulham in January 2012.

And, after scoring with his left foot, right foot and head at Turf Moor, he has become the first player to net a perfect league hat-trick for the Blues since Didier Drogba against Wigan Athletic in May 2010.

"The goals were amazing," said Pulisic. "It's tough to say which was my favourite. The header was cool but I think I'd have to go with the first one, the left foot. I don't know why.

"These guys are so fun to play with. We have so much energy. Right now we're just enjoying every moment of it."