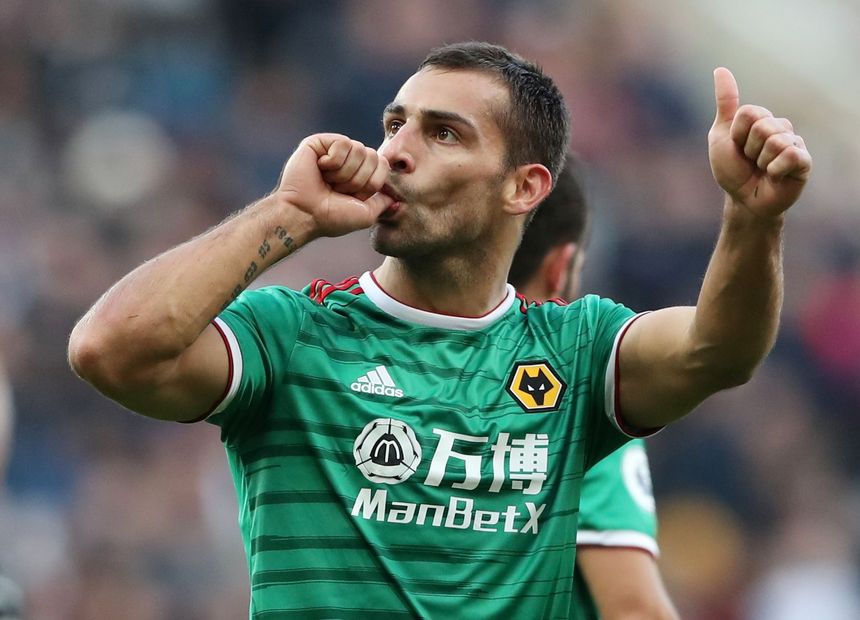 Left-back cancels out Jamaal Lascelles' opener for the Magpies, who had Sean Longstaff sent off late on

Miguel Almiron came close to opening the scoring in the first half but his shot found the side netting from a tight angle.

Diogo Jota twice went close as Wolves searched for an equaliser and the goal came 17 minutes from time when Jonny pounced on a loose ball near the penalty spot.

Newcastle's Sean Longstaff was then sent off for a challenge on Ruben Neves, before Matt Doherty nearly repeated his stoppage-time winner of this fixture last season but his header just went wide.

The point takes Wolves to 11th with 12 points. Newcastle stay 17th, a point above the bottom three.