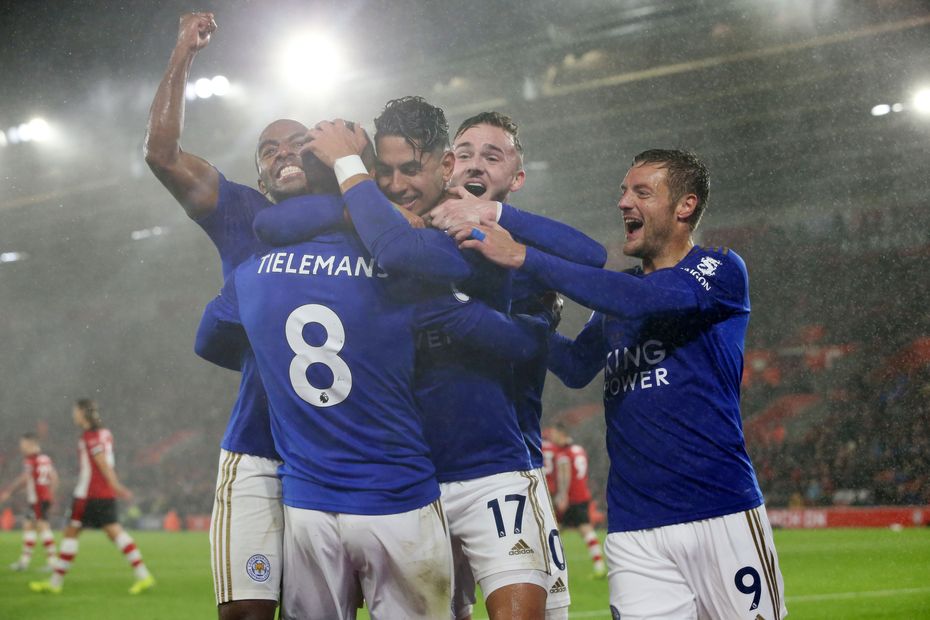 Leicester City moved up to second place with a record-breaking 9-0 win at 10-man Southampton.

It rained goals at a wet St Mary's Stadium as the fantastic Foxes secured the biggest-ever away win in the Premier League and matched the overall record set when Manchester United beat Ipswich Town 9-0 at home in 1995.

Ben Chilwell scored the first after 10 minutes with a goal that involved Saints left-back Ryan Bertrand being retrospectively sent off.

Video Assistant Referee Mike Dean determined that Bertrand had committed a serious foul play tackle on Ayoze Perez in the build-up and advised Andre Marriner to issue a red card.

Perez scored a hat-trick for the second successive match against Southampton and Jamie Vardy also hit a treble to take his tally for the season to eight.

Vardy's stoppage-time penalty ensured Leicester equalled the biggest Premier League victory as Brendan Rodgers' side made history in the opening fixture of Matchweek 10.