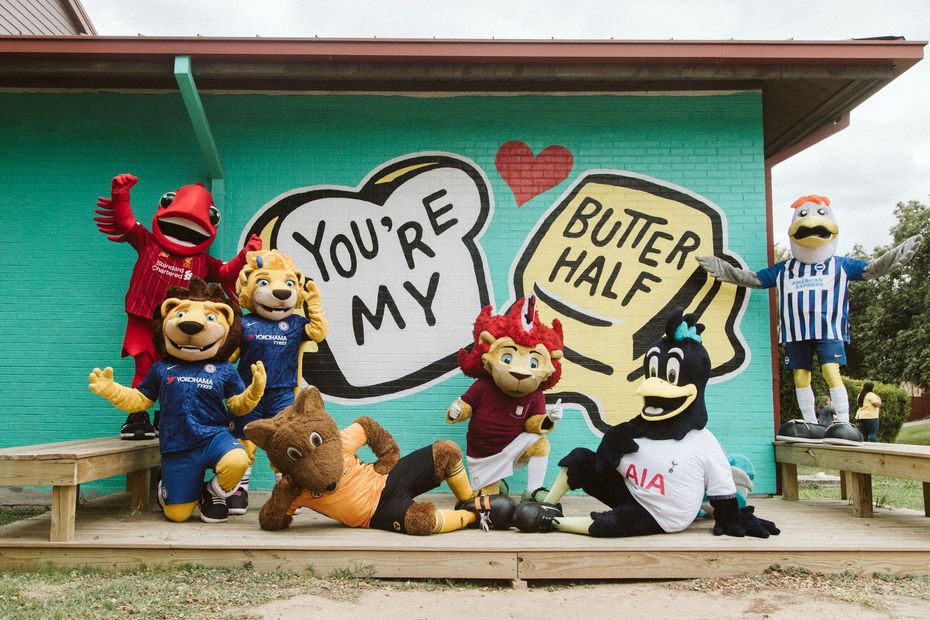 Ahead of Premier League Mornings Live's two-day event in Texas, the visiting club mascots take in the city's sights

Ahead of the first day of NBC Sports' Premier League Mornings Live event in Austin, Texas, the club mascots who have flown over from England had some time on their hands, so they decided to take in the sights of the city.

Mighty Red, the Liverpool mascot, Gully the Seagull, of Brighton, Wolverhampton Wanderers' Wolfie, Stamford and Bridget, Chelsea's pair, Chirpy, of Tottenham Hotspur and Aston Villa's Chip took a tour of Austin and met some of the locals.

If you are in Austin, one thing any visitor has to do is to see the famous murals around the city.

The mascots were popular visitors and helped to brighten up the day for the locals, while they enjoyed hanging out with families and children.

The mascots were getting a taste of Austin ahead of the two-day event in Scholz Garten, where as well as the furry friends, specials guests such as Alan Shearer, Tim Howard, Shaun Wright-Phillips and Ashley Cole will be joining the regular NBC Sports crew throughout the day.

These boots are made for walking. See you bright and early, Austin.#MyPLMorning pic.twitter.com/ry7lVM9Oo3

Speaking of mascots, it was not just the Premier League mascots sampling Austin life.

Bevo, the live Texas Longhorns' mascot for the University of Texas athletic programmes, got a taste of the Premier League, too.