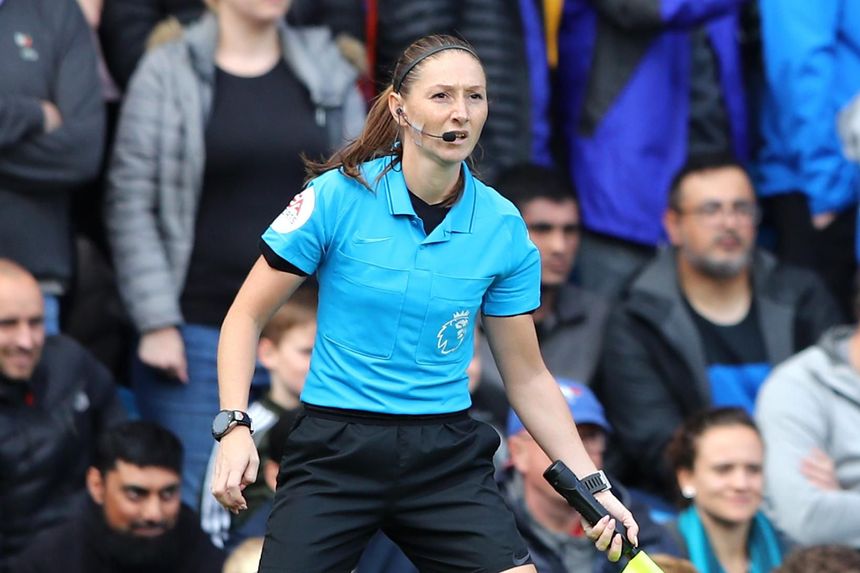 Sian Massey-Ellis has been appointed assistant referee for this evening’s UEFA Europa League match between PSV Eindhoven and LASK Linz, becoming the first British female match official to feature in a UEFA competition.

Massey-Ellis is a PGMOL Select Group 1 official and has been officiating in Premier League matches for nine years but this will be her first UEFA match, working alongside referee Chris Kavanagh and fellow assistant Dan Cook.

"This is another amazing achievement by Sian and illustrates the esteem in which she is held by her PGMOL colleagues and UEFA," said Mike Riley, PGMOL’s Managing Director. "We wish all of the team every success in the game tonight."

Mike Mullarkey, PGMOL's Head of Assistant Referees, said Massey-Ellis's appointment was a reward for and a demonstration of the commitment and focus required to reach the highest level of the game as an assistant referee.

"She has always been a very positive role model for aspiring officials and her appointment tomorrow night is testament to her dedication and performances," Mullarkey added.

Massey-Ellis will not be the first female match official in the UEFA Europa League. Most recently, Chrysoula Kourompylia has been fourth official and assistant referee.

Her appointment was a dream come true for Massey-Ellis.

"It was really exciting when I found out, and I was obviously chuffed for Chris Kavanagh as well," Massey-Ellis said.

"In fact, when the appointment first came out, we tried to ring each other at the exact same moment and we both got each other’s answerphone!

"But it’s a big achievement for me personally. It’s been a dream of mine to officiate in a European competition and I’m delighted to be able to tick it off.

"I’ve had great support from PGMOL and The FA, from the likes of Mike Mullarkey and Mike Riley, to name just two, and their trust in putting me on games is something I’m hugely grateful for.

"Ultimately, it shouldn’t matter what gender, race or religion anyone is, it’s about going out there and doing your job as best you can."