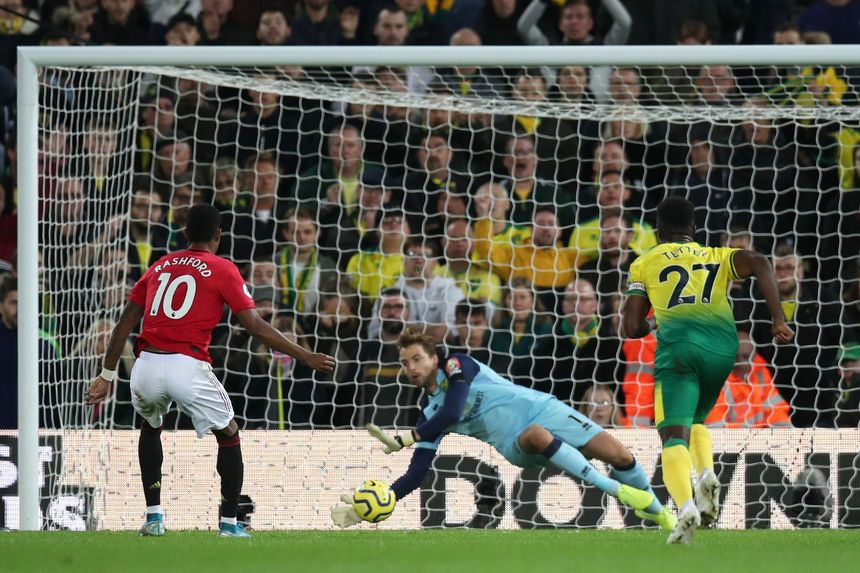 Manchester United claimed a Premier League away win for the first time since February with a 3-1 victory over Norwich City, whose goalkeeper Tim Krul saved two penalties.

Krul then saved Marcus Rashford's penalty, which was awarded with the help of the Video Assistant Referee (VAR), but the striker did double his side's lead when he finished off a counter-attack.

Just before the break Krul saved another penalty, which was this time taken by Anthony Martial.

Martial did get on the scoresheet in the 73rd minute, curling the ball past Krul after exchanging passes with Rashford.

Onel Hernandez became the first Cuban goalscorer in Premier League history with his mazy run and finish two minutes from time, but it was not enough for Norwich who stay 19th, two points ahead of bottom club Watford.