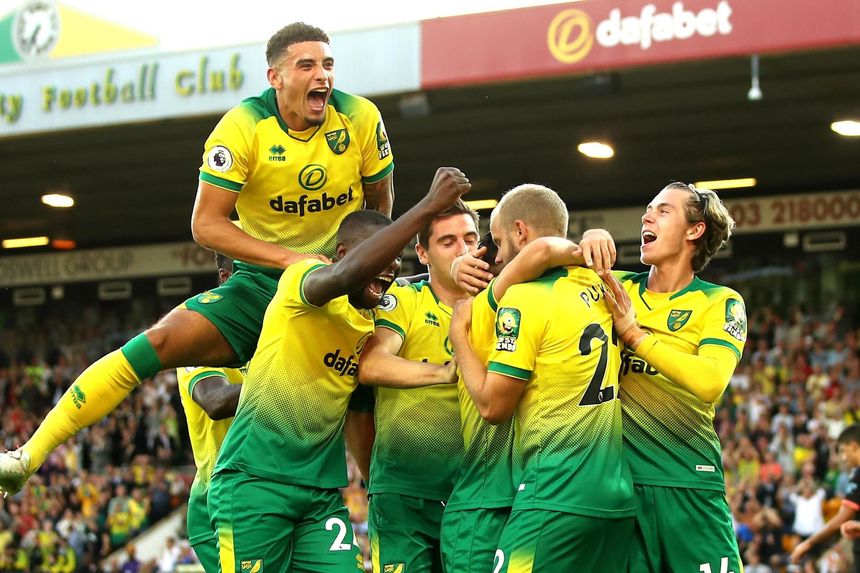 Todd Cantwell: I know exactly what it means to the fans External Link

Norwich City will achieve a rare Premier League feat should they overcome Manchester United on Sunday.

The standout moment of the promoted side's campaign so far came when they defeated champions Manchester City 3-2 in Matchweek 5.

Victory over a Man Utd team yet to taste victory on the road this season would complete a remarkable double for the Canaries.

For more on this and all the must-know stats for Matchweek 10, read on. To see the head-to-head records, click on the fixtures.

Man City's Sergio Aguero has scored six goals in his last four Premier League matches against Aston Villa, including five in his last three against them at the Etihad Stadium.

This fixture will feature the Premier League's leading set-piece creators of recent times. Pascal Gross and Gylfi Sigurdsson have each created 69 chances from set-plays since the start of 2017/18, more than any other player.

The home side have never won in eight previous Premier League meetings between Watford and AFC Bournemouth (D6 L2) – no fixture in the competition has been played more without a home win (Leicester v West Bromwich Albion also eight).

Sheffield United are one of only two Premier League teams still unbeaten away from home this season (W1 D3), along with Liverpool. The last promoted team to go unbeaten in their first five away Premier League fixtures of a season were Hull City in 2008/09 under Phil Brown.

Chelsea have won their last three Premier League away encounters, scoring 3+ goals on each occasion with Mason Mount and Tammy Abraham both on the scoresheet each time. The Blues have never won four successive top-flight matches on the road while scoring three or more goals.

Newcastle United have won seven of their last 12 home Premier League matches (D2 L3), as many as they'd won in their previous 25 at St James' Park.

Following a 2-1 win at West Ham United in their last such encounter, Crystal Palace are looking to win back-to-back away Premier League London derbies for the first time since November 1997. Indeed, the Eagles have won two of their last three derby matches on the road (L1), as many as they had in their previous 15 (W2 D3 L10).

Liverpool have lost only one of their last 48 matches in the Premier League (W39 D8), losing 1-2 against Man City in January 2019. At Anfield, the Reds are unbeaten in 44 Premier League contests (W34 D10), last losing against Sam Allardyce's Crystal Palace in April 2017.

Norwich could become the first promoted side to win a Premier League fixture against both Manchester clubs in the same season since both Wolverhampton Wanderers and Portsmouth did so in 2003/04.