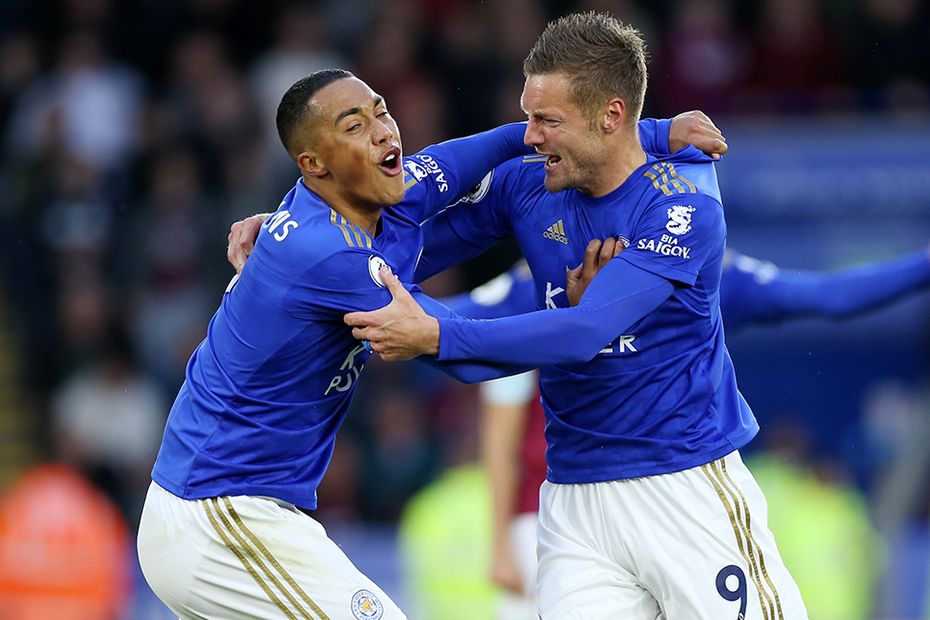 Jamie Vardy and Youri Tielemans scored the goals as Leicester City came from behind to beat Burnley 2-1 and move up to second place in the Premier League table.

Caglar Soyuncu missed a good opportunity to give Leicester the lead before Chris Wood headed in Dwight McNeil's cross to put Burnley in front after 26 minutes.

Leicester responded well and equalised on the stroke of half-time after Vardy rose impressively to head in Harvey Barnes' whipped cross.

Vardy had a goal disallowed for offside but Leicester did take the lead on 74 minutes after Tielemans controlled Barnes' cross and finished into the roof of the net.

Leicester, who marked the first anniversary of the death of chairman Vichai Srivaddhanaprabha before kick-off, move up to third with 17 points.