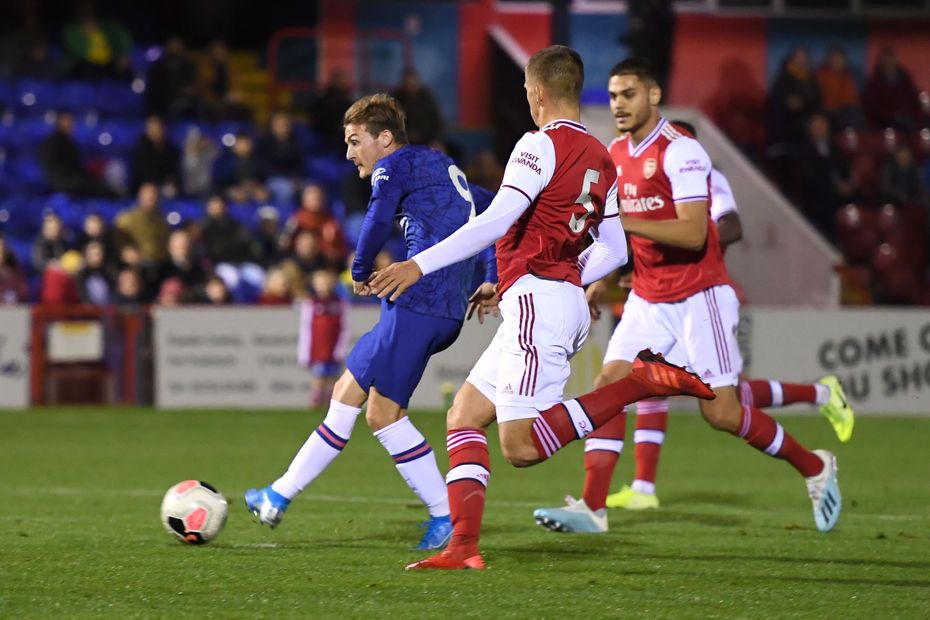 Charlie Brown scored twice as leaders Chelsea beat Arsenal 3-1 on a night when they became the only unbeaten team in Premier League 2 Division 1 this season.

Forward Brown put the Blues ahead on 17 minutes, collecting a pass from Thierno Ballo and striking in his first PL2 goal of the campaign.

But Brown headed in his second on 56 minutes from a Billy Gilmour pass to keep Chelsea top, a point above Derby County who on Friday ended defending champions Everton's unbeaten start.

The Gunners also suffered their first defeat and are fourth, five points off the pace.