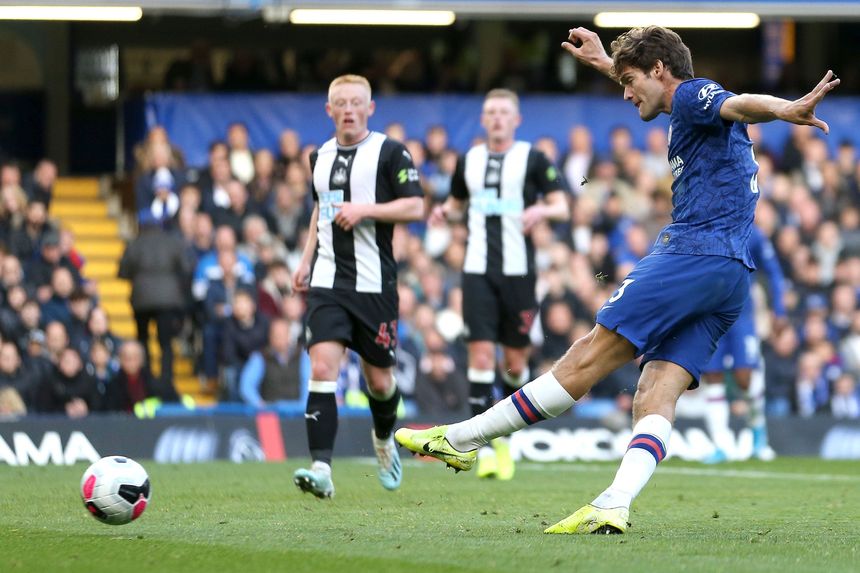 Marcos Alonso's second-half strike helped Chelsea move up to fourth in the Premier League table with a 1-0 win over Newcastle United.

The Blues had the better of the first half, with Willian heading wide and Mason Mount forcing Martin Dubravka into a save.

Tammy Abraham headed against the crossbar during the early stages of the second half and could only head over minutes later.

Dubravka then denied substitute Christian Pulisic before Alonso broke the deadlock on 73 minutes after being played in by Callum Hudson-Odoi.

Abraham had a late effort brilliantly cleared off the line by DeAndre Yedlin as Chelsea earned a third consecutive victory to move up to fourth on 17 points.