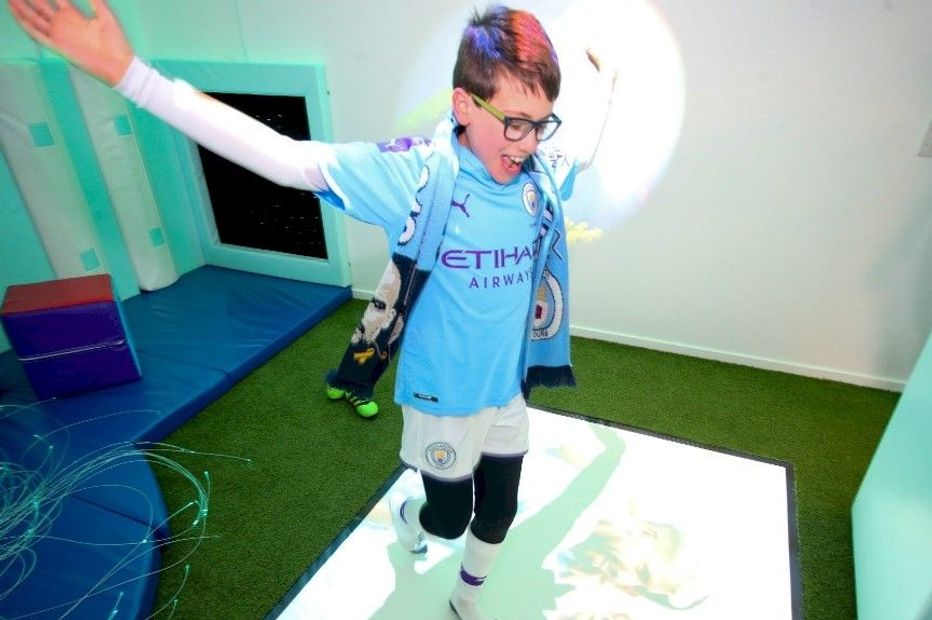 For children with sensory processing issues, the sights, sounds and crowds they encounter on a matchday can be overwhelming, making it difficult for them and their families to attend matches.

That has been an issue for Manchester City fans Mike and his son Charlie, as well as Adele and her son Alfie, who has Down's Syndrome and autism.

However, Man City are now opening a sensory room at the Etihad Stadium.

The specially-designed space provides a safe and controlled environment in which to watch the match while offering a full, unrestricted view of the pitch.

Seating is also available in the stadium bowl for those who want to spend some time in the crowd.

Alfie and Charlie have been among the first children to trial the space during the first four home matches of the 2019/20 season, helping Man City to ensure it is ready.

"It's a wonderful facility," says Mike. "It just makes the whole matchday experience for me and Charlie really relaxing.

"It's a fabulous space with everything you need, and he’s been so well looked after. He’s had the best time.”

Adele adds: "It means the world. It's something I never thought would happen. We've just felt like a normal family coming to a match."

Man City's home fixture against Aston Villa on 26 October will mark the official opening of the sensory room to fans.

It will be in use on matchdays and for City in the Community to deliver sessions on other days.

"Opening this space is a big step for us to continue our long-standing mission of ensuring football is inclusive for all," says the club's operations director, Danny Wilson.

"We hope that the offer of this quiet space within the stadium will encourage those who might not usually attend a game to do so, knowing that the club will be with them every step of the way to ensure they can be a part of the matchday experience."