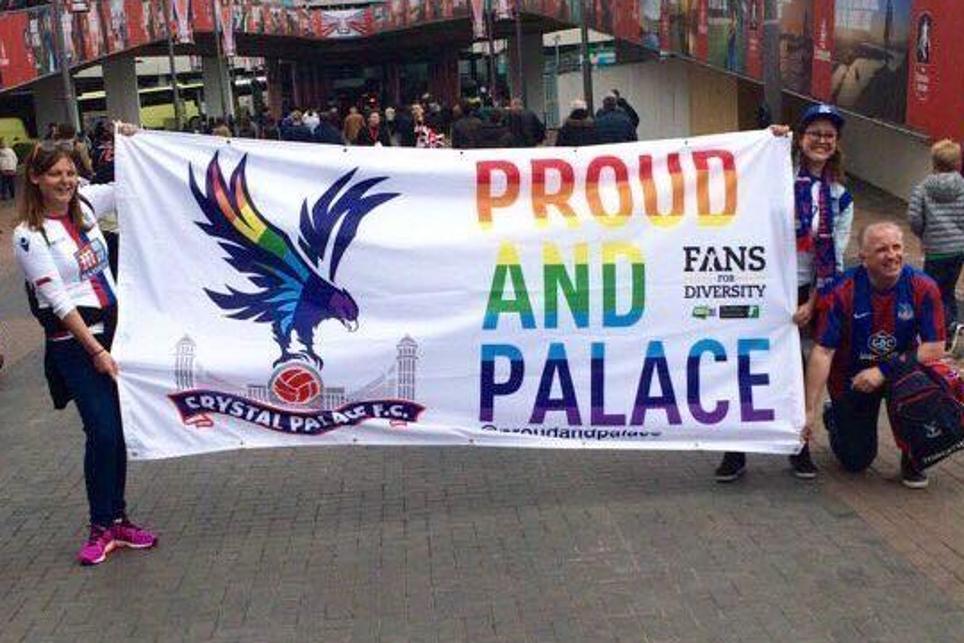 Premier League supports Rainbow Laces
'Spurs have been instrumental in our growth'
O'Shea: We can help to promote inclusion

Like most LGBT fan groups, Proud & Palace started with one fan passionate about making their club the most inclusive and diverse community that it can be.

Stephanie Fuller has been a season ticket holder at Crystal Palace for 16 years, and in 2014 set up Proud & Palace, mostly communicating through Twitter and Facebook to give a voice and visibility to LGBT fans of the club.

Of those early days, Stephanie says: "It felt important to me that LGBT supporters played an active part in changing the culture within football, it can’t all be left to the clubs, we have to play our part.

"LGBT football fans have always been here, but as individuals within a football stadium we are less visible than other minority groups.

The Palace boys were sporting their #RainbowLaces in training this morning.

"By creating Proud and Palace, it gave us an identity and sent a message that CPFC, like all clubs, has LGBT supporters and that we will challenge homophobia, transphobia and Biphobia at Crystal Palace and within the game of football."

In 2016 the group has evolved, and benefited from incredible support from the club, and a new committee including Emma Wright and Deano Tracey-Cline.

Both are as passionate about the club as Stephanie, with Emma part of a family that now spans four generations of Palace fans, and Deano was part of the fan group that marched on Lloyds in 2012.

Other group members have been there through thick and thin, even volunteering to clean seats at the stadium when the club was in administration.

To mark this next stage in the group's progress Crystal Palace threw a launch event at Selhurst Park, with chief executive Phil Alexander, first team player Kwesi Appiah and other key figures at the club in attendance.

The group also has a dedicated page in the matchday programme at Selhurst Park and has had great support from fellow fans.

Co-chair Emma Wright says the group has a clearly defined purpose. "We exist for three reasons. First and foremost we are here to provide a community and a voice for LGBT fans of Crystal Palace.

"Secondly, to work collaboratively with other LGBT fan groups and the Pride in Football network under the shared aim of kicking homophobia out of football.

"Finally, to work with Crystal Palace to deliver best practice as a diverse, inclusive club, and welcome new fans to the CPFC family."