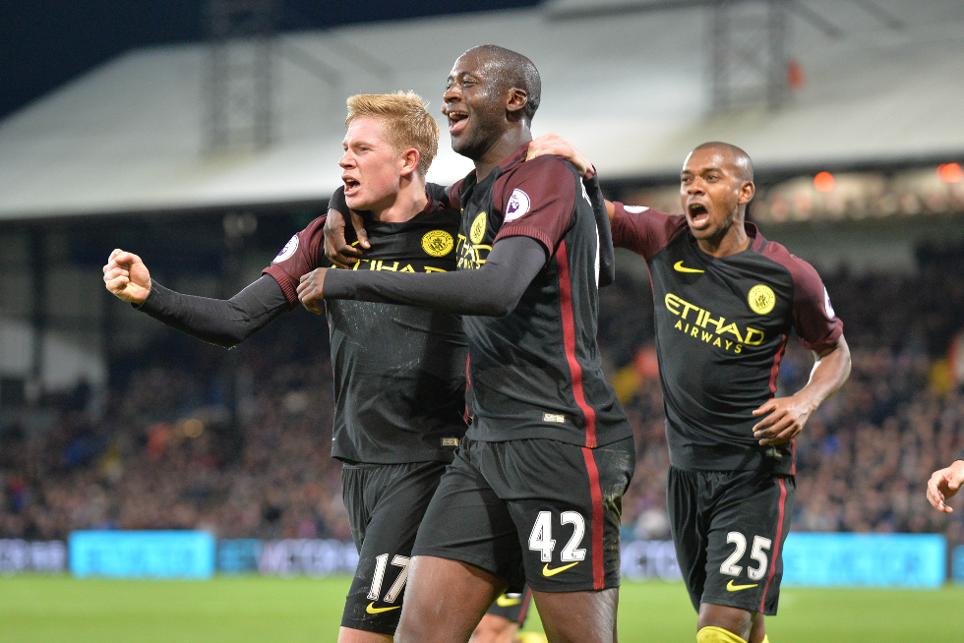 Still owned by only 1.1% of FPL managers, Man City star is set to be central at Burnley and beyond

Handed a first appearance of the season by Pep Guardiola, Toure fired both of his side’s goals at Selhurst Park and allowed City to rest Ilkay Gundogan (£5.8m) and bench David Silva (£8.7m) ahead of a vital UEFA Champions League match with Borussia Monchengladbach.

As a result, Gundogan has been sold by 51,000+ FPL managers this Gameweek, with only the suspended Joe Allen (£5.4m) earning more transfers out among midfielders.

Both Gundogan and Silva returned to the starting XI in Germany on Wednesday evening, with the latter grabbing City’s equaliser in a 1-1 draw.

With the festive schedule nearing, Toure’s exclusion from City’s UEFA Champions League squad for the group stages suggests he could be a short-term alternative for FPL managers.

Guardiola started with a 3-5-1-1 formation, fielding four central midfielders against the Bundesliga side. That heightens Toure’s chances of being handed another start at Burnley this weekend.

Ahead of Saturday's early kick-off at Turf Moor Guardiola will be keen to use the depth of his squad.

More than 22,000 FPL managers have drafted in Toure this Gameweek, with his ownership now 1.1%

Although he failed to replicate the heights of 2013/14, when he served up 20 goals and 241 FPL points, Toure’s average of 4.62 and 4.03 points per match over the subsequent two seasons indicates he is still a capable pick.

Burnley may have conceded only six times in seven home outings, but the underlying numbers suggest this could worsen.

Their average of 5.5 minutes per attempt conceded is superior only to Hull City’s 4.6 minutes in home matches this season.

With City’s final UEFA Champions League group match falling between Gameweek 14 (home v Chelsea) and Gameweek 15 (away v Leicester City), Toure’s experience and goal threat could prove vital, both for this weekend and over the festive period.