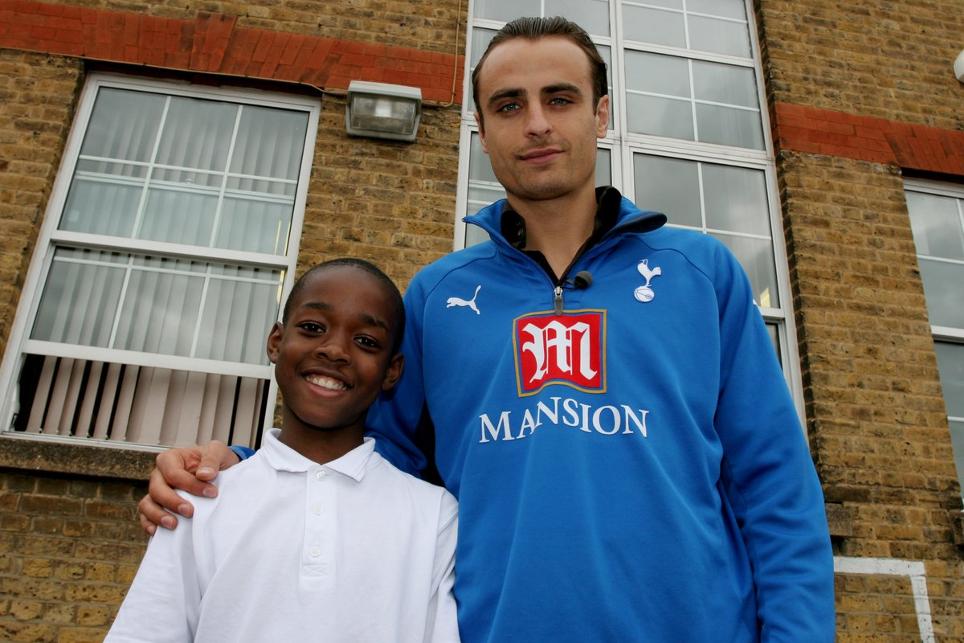 Joshua Onomah is hoping his visit to a local school will inspire youngsters to go on and play for Tottenham Hotspur in the same way that a first-team star motivated him more than nine years ago.

As a 10-year-old, Onomah was in a PE lesson at Southbury Primary School, in Enfield, when Dimitar Berbatov made a surprise appearance.

Having asked Berbatov on what it took to reach the top, Onomah progressed through the Spurs Academy before making his Premier League debut in a 3-1 home victory over Aston Villa on 2 November 2015.

"During PE sessions Tottenham Soccer School staff would come and take over the session," he said. "All throughout the week the teachers were saying that a Premier League Tottenham player was coming and we were all excited.

"When we saw Berbatov we were all starstruck. He was one of the best strikers in the Premier League and I asked him questions on how he got to the top."

Now established as one of club's brightest talents, it was the 19-year-old's turn to pass on advice as he joined a coaching session at a Spurs half-term Soccer School at Woodhouse College, in Barnet.

.@Joshuaonomah10 has paid a visit to our Soccer School at Woodhouse College and taken over our @Snapchat! Add 'SpursOfficial'. #COYS pic.twitter.com/J4CrNxU4rC

"It's actually scary because it feels like yesterday when he came into our school," said Onomah. "I was like those kids asking questions and wanting to play football with him - and now I’m doing it, so it's a bit of a 'Wow!' moment for me.

"You can see the kids are enjoying themselves. It reminds me of when I was younger and I was playing football every day in schools like this.

"It's the best way to play football, that will be a huge impact on their lives if they want to be footballers. It helped me to where I am today."