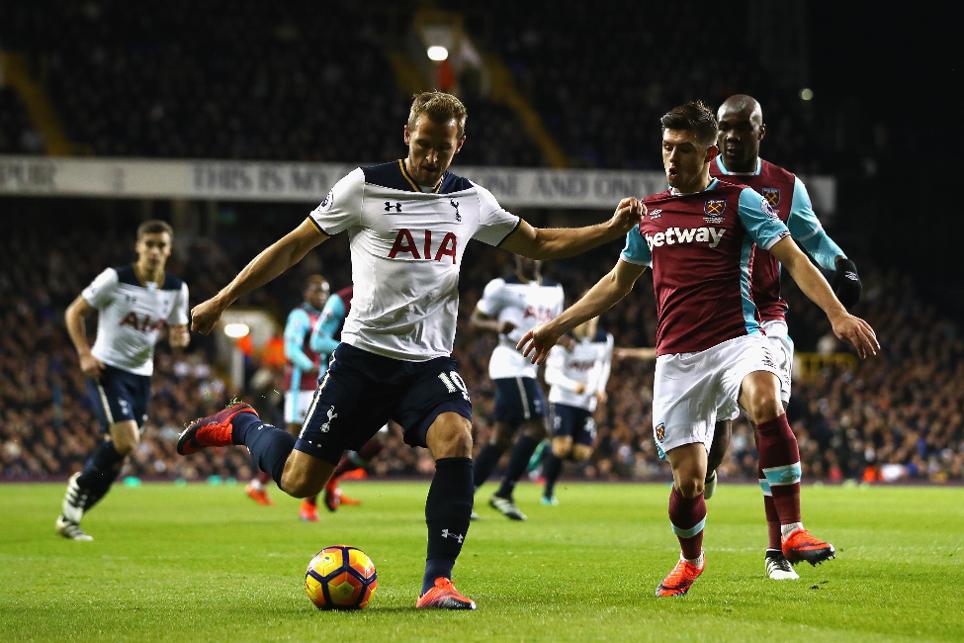 With Lukaku and Aguero both misfiring, is it time to draft in Spurs forward ahead of promising run?

Kane registered a score of 57 in the Bonus Points System (BPS), having also made three recoveries and two completed dribbles.

The midfielder tallied a BPS score of 39, benefitting hugely from an impressive 17 recoveries, while he also completed three tackles and 84% of 41 attempted passes.

Despite being dismissed after receiving two late yellow cards, Winston Reid (£5.0m) totalled the third highest BPS score with a tally of 31.

The defender claimed assists for both of the visitors' goals and made 22 clearances, blocks and interceptions (CBI), while also contributing 10 recoveries, to help him to the final bonus point on offer.

Registering the highest Threat score of the match with 89, Michail Antonio (£6.8m) topped the ICT Index with an overall score of 15.3.

His Threat score of 43 was the highest among Spurs players, having produced three goal attempts, with two arriving from inside the box.

It was Danny Rose (£5.9m) who registered the second-highest Creativity total with 42, earning him 8.6 in the Index. The Spurs defender produced five crosses and created three chances, more than any other Spurs player.

Five goals in his last four Premier League starts, albeit broken up by a spell on the sidelines through injury, ensures that Kane now has to be considered for one of the three forward slots.

He is already among the most popular transfer targets ahead of Gameweek 13, attracting more than 17,000 new owners since Saturday's deadline.

Three promising home fixtures against Swansea City, Hull City and Burnley in the next five Gameweeks will increase interest and suggest that Kane can also compete for the captaincy.

Sitting in only 6.2% of FPL squads, his ownership could spike dramatically following the daunting Gameweek 13 visit to Chelsea.

Harry Kane's #FPL price is on the way back up! pic.twitter.com/sZoCBqqLPq

Spurs will be without Rose for the Stamford Bridge derby, with the defender suspended after receiving his fifth yellow card of the campaign.

For West Ham, Diafra Sakho (£5.8m) was handed a first start of the season on his return from injury.

With Andre Ayew (£7.1m) edging his way back to match sharpness and a return for Andy Carroll (£6.2m) imminent, Bilic's attacking options are opening up ahead of the Gameweek 13 trip to Old Trafford.

Reid will miss out as he serves out his second suspension of the season but Mark Noble (£6.2m) will be in contention having served his own one-match ban.