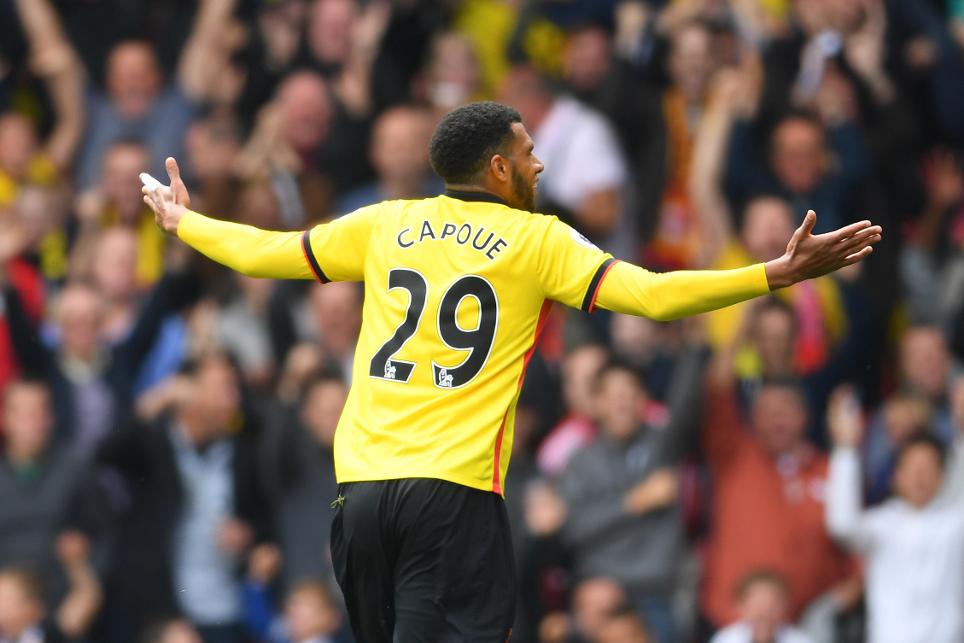 The Hornets midfielder tallied 36 in the Bonus Points System (BPS) after firing a first-minute opener against the champions.  He also registered four clearances, blocks and interceptions (CBI) and five recoveries in a busy performance for the hosts.

Scoring 28 in the BPS, the Foxes winger converted a first-half penalty and also made six recoveries and three successful dribbles. But Mahrez’s BPS tally suffered as he was tackled on six occasions.

Capoue earned top spot with a score of 13.6.

In addition to finding the net with his only attempt of the match, the Frenchman created five scoring chances and supplied two crosses for Walter Mazzarri's side.

Capoue also made more successful passes in the final third (14) than any player on the pitch.

Thanks to their goals, Mahrez and Pereyra clinched second and third place, with scores of 11.9 and 10.5 respectively.

The Leicester winger fired four attempts on goal – all from inside the penalty area – and created two scoring chances to earn his highest ICT Index score of the season.

Pereyra produced two efforts, both from inside the box and on target, and registered four touches inside the Foxes’ penalty area.

With Stoke City’s Joe Allen (£5.4m) now suspended and Manchester City’s Ilkay Gundogan (£5.8m) rested at the weekend, Capoue’s appeal as a cut-price FPL midfielder is on the rise again.

The Frenchman’s first goal since Gameweek 5 has earned more than 30,000 transfers in – more than any player since Saturday's deadline.

With five goals and an assist, Capoue is rated as FPL's top value player over the opening 12 Gameweeks, having served up 68 points.

After seeing his side lose 6-1 to Liverpool in the previous outing, Mazzarri reverted to a 3-4-3 set-up, dropping Odion Ighalo (£7.1m) to the bench as Pereyra and Nordin Amrabat (£5.0m) supported lone striker Troy Deeney (£7.0m).

Watford will welcome back Jose Holebas (£4.8m) for the weekend visit of Stoke after the defender served out his one-match suspension for collecting five yellow cards.

Mahrez’s goal, supplemented with an assist against West Bromwich Albion in Gameweek 11, hints at a return to form as the Foxes face Sunderland and Middlesbrough in the next two Gameweeks.

But the Algerian has yet to net from open play this season, with both of his strikes arriving from the penalty spot.

Jamie Vardy (£9.6m) collected the assist for Mahrez’s spot-kick – his second in the last three fixtures.

The Foxes forward has started only two of the previous four Gameweeks, though, and without a goal in eight successive Gameweeks, continues to remain a peripheral FPL figure.